A Witchfire gameplay video that debuted as part of Nvidia’s CES showcase appears to answer the question, “What if Doom and Elden Ring had a baby, and that baby was also a game?” The gritty fantasy FPS game features guns, magic, and a plague-ridden setting in which players will dish out punishment with a range of arcane firearms – a modern spin on Van Helsing, or the classic Heretic and Hexen games, perhaps.

We first caught wind of Witchfire way back at the 2017 Game Awards, and developer The Astronauts have been pretty quiet about it since then. Now we have some fresh details: it takes place in the midst of a cataclysmic war between powerful witches and the church, and both witches and witch hunters – that’s you – are imbued with immense power. 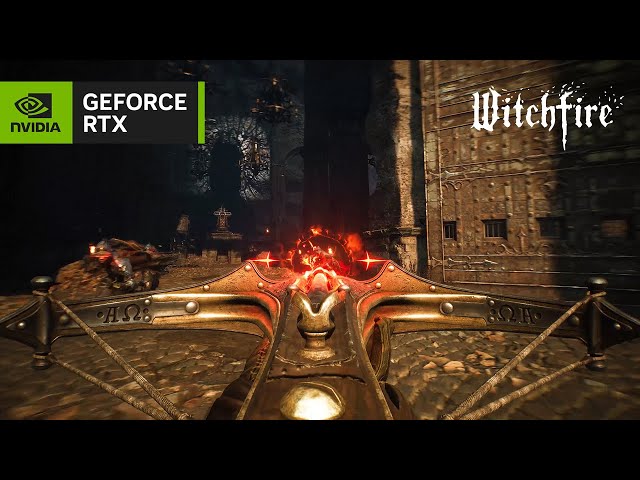 In the case of witch hunters, that power takes the form of forbidden magic and enchanted weapons, both of which are used to great effect in the trailer above. There are crossbows, shotguns, repeating rifles, revolvers – plus some great spell effects that can cause chain reactions or freeze a powerful enemy mid-attack.

The Astronauts says Witchfire will support DLSS 3.0 if you’re rocking one of the best graphics cards in Nvidia’s lineup, which means “high framerate without compromising the visuals,” according to co-founder Adrian Chmeilarz.

Witchfire also is semi-roguelike and features what The Astronauts calls an “open level design” – it’s not an open-world game, mind you, but you won’t be funneled through a specific corridor in each stage, either.

There’s no Witchfire release date set yet, but it’ll be available on the Epic Games Store “soon,” which we assume means later this year.