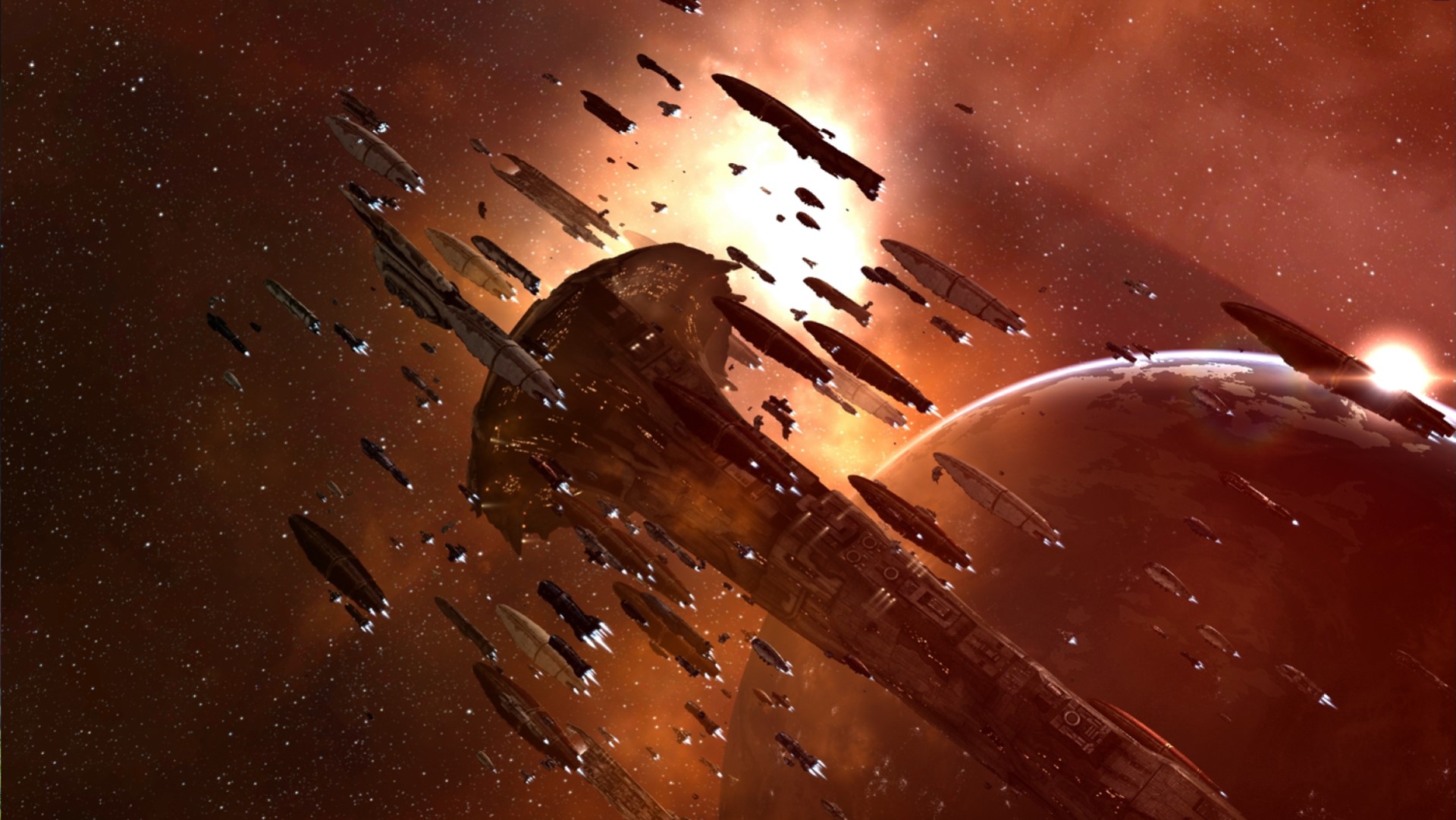 Two more Uprising-scale Eve Online expansions are planned for the coming year, CCP Games has revealed in a new 2023 roadmap for the venerable space MMORPG. The Uprising expansion, which launched late last year, introduced some sweeping changes to New Eden, and CCP Games says it plans to keep up that pace now that it’s switched to an expansion model for introducing new content.

The Icelandic developer isn’t ready to discuss details about the next expansions just yet, but they’re currently scheduled to arrive in the second and fourth quarters of the year. Uprising – Eve Online’s first official ‘expansion’ since 2018 – added a host of new Navy ships and dreadnoughts to each fleet, but also introduced the revamped faction warfare system that focuses action on dynamic front-line systems.

The coming expansions can be expected to be impactful on that scale, CCP Games tells us.

“We’re hitting a really nice sweet spot with this expansion,” Burger Finnbogason, Eve’s creative director, says. “And yeah, the next one will be even more amazing.”

There’s plenty to look forward to in the near term for Eve players, however. In the first quarter of the year, CCP Games says it plans to introduce a new story arc for the factional campaign that challenges players to help their empires develop new transportation technology, which will culminate in a special event.

This quarter will also see the rollout of the Eve x Excel beta, which was unveiled at Fanfest in Reykjavik last year. That feature will allow a Javascript API to pull data from Eve directly into an Excel workbook – the culmination of the “spreadsheets in space” joke that Eve players (and critics) have been making for years.

In the Eve client, CCP has already been rolling out its revamped ‘Photon UI,’ which now allows users to display multiple overview windows at a time, with panes dedicated strictly to ship systems like drones, for example, community developer Peter Farrell explains.

CCP Games plans to hold this year’s Fanfest September 21-23, and Halloween and winter-themed events are slated for the fourth quarter.

Both the developers and long-term players frequently note that more players in Eve means a more fun Eve experience for everyone, and Finnbogason says the team has seen a healthy surge in daily active users since the launch of Uprising.

“Usually when you do expansions like this, you get a hockey stick effect – we get a lot of interest day one, and then it dwindles out and you end up with about 10% of the spike as the uptick or the long tail,” he tells us. “But that’s not what we’re seeing, we’re actually seeing a really healthy long tail off this release – we’re still seeing extremely healthy days more than a month after release.”

If space games are your thing, don’t worry – we’ve got you covered.