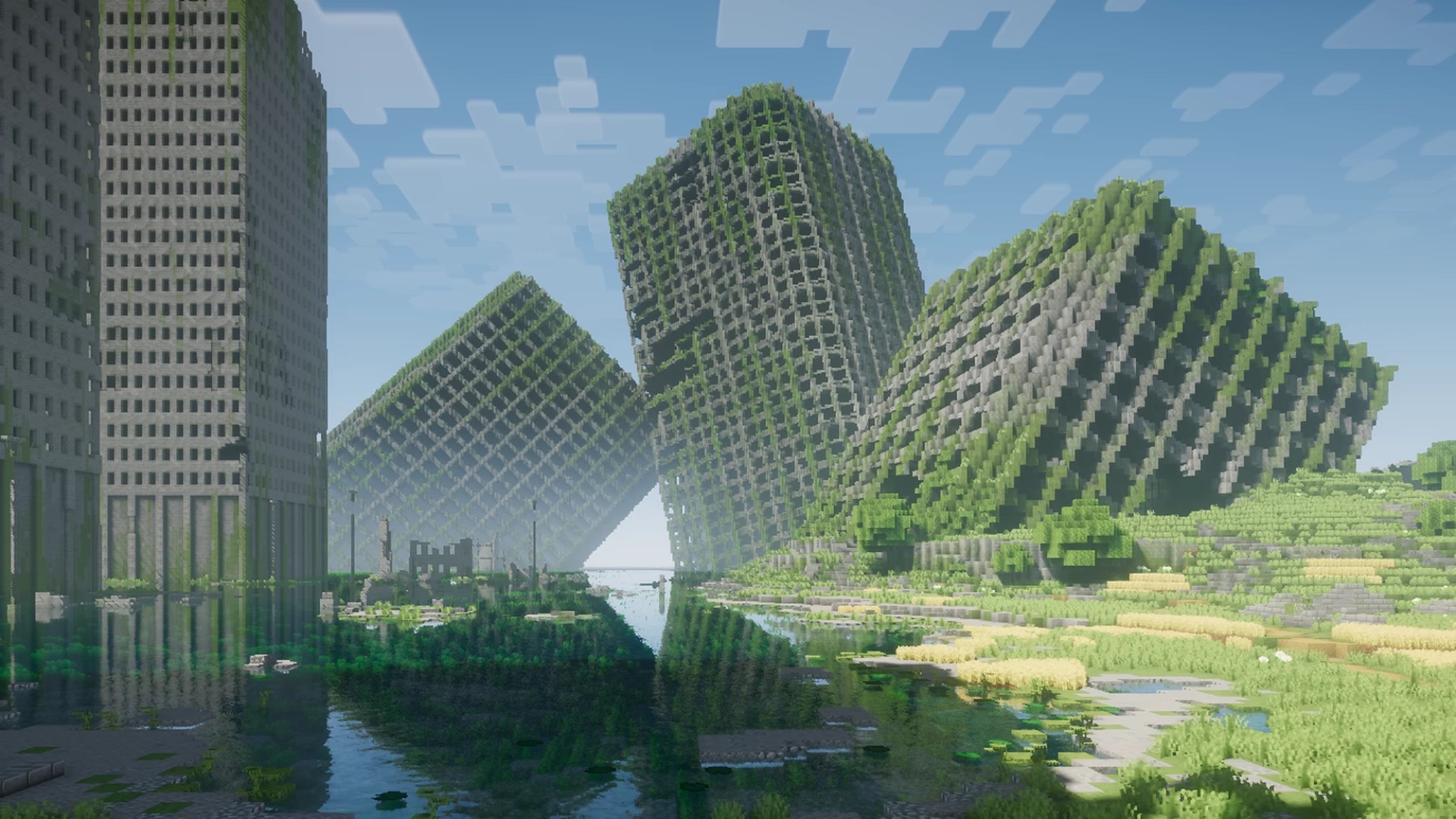 The sun-drenched ruins of Nier Automata seem to have inspired a custom Minecraft Map, which you can download and explore in your own copy of the massively popular sandbox game. ‘Abandoned City’ is an ambitious and impressive map that looks even better with some choice Minecraft mods and shaders installed.

Abandoned City was created by Minecraft modder Viator. It’s an expansive city map, featuring ruined office buildings and skyscrapers that have become overgrown with moss and other foliage, while water has covered the pavement below. It’s strikingly similar in tone and architecture to the City Ruins zone in Nier Automata, even including some buildings that have slumped over to the side.

The tilted buildings are always neat to see, but they’re particularly impressive rendered so well in Minecraft’s rigid cube-based grid. Buildings lean at varying angles, too – the ways they lean look surprisingly natural in this map, which must have taken a lot of attention to get right.

There’s lots to explore in Abandoned City, including an NPC village. Viator – who’s been working on this map for more than a year – recommends using the OptiFine optimisation mod, version 3.0 of the Nostalgia Shader to get the best results with the map.

If you’re looking for the best Minecraft Christmas builds and seeds, you guessed it – we’ve got a guide all about them.