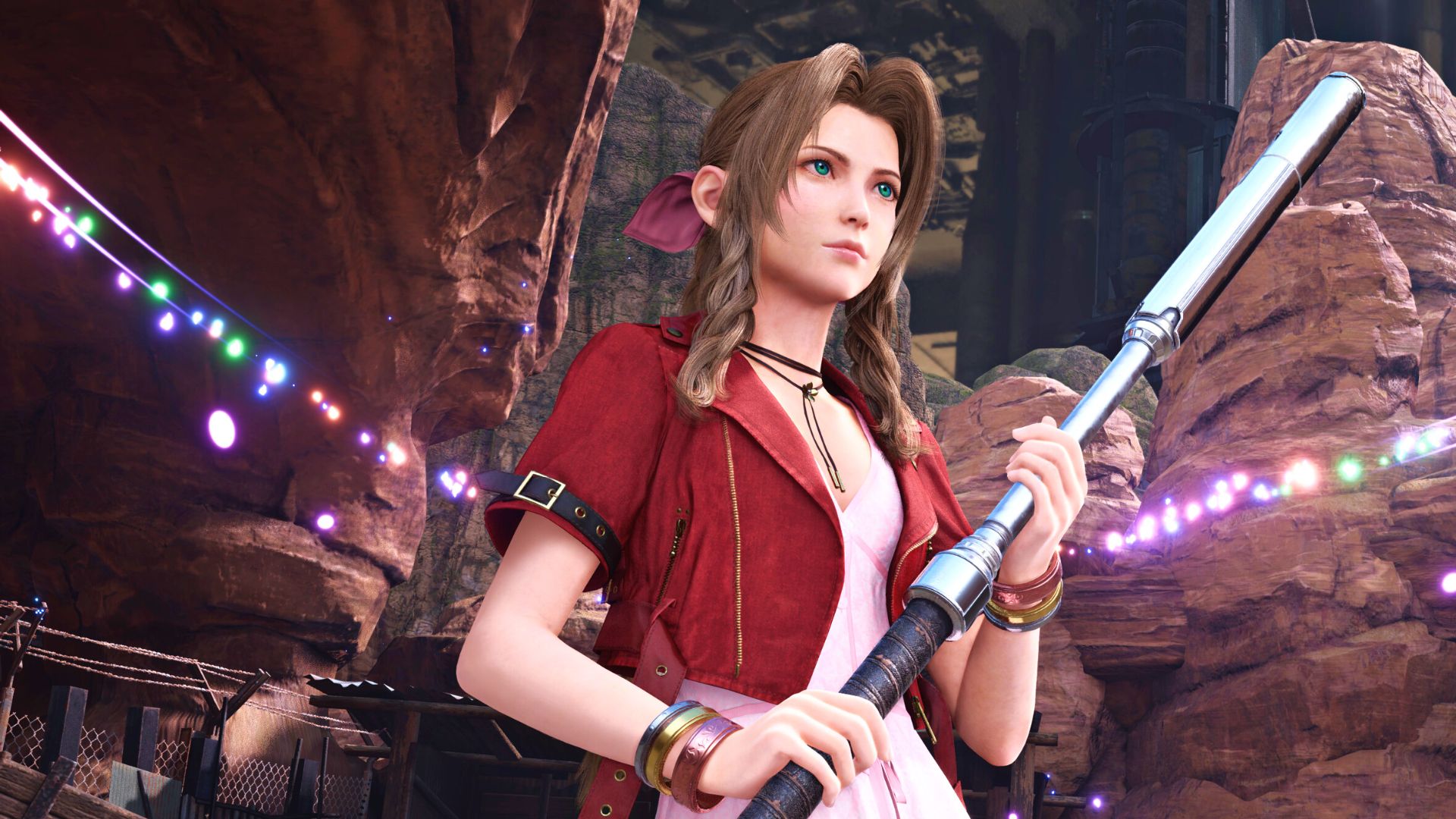 With all these upcoming retellings like The Witcher Remake, Resident Evil 4, Dead Space and more, developers have a chance to take a leaf out of Square Enix’s book on Final Fantasy 7 and just get weird with it. And they should – nostalgia be damned.

We live in an age in which media exploits our nostalgia, making us point at our screens and go ‘I know that thing’ before even showing us anything of value. That’s not to say all remakes are bad, exactly, but nostalgia is by definition limiting. Retrospective. Almost anti-creative. The FF7 Remake proves that, if developers are bold enough, they can find new and valuable treasures when revisiting the past.

I don’t think every remake needs to go on a RPG game adventure and saga-spanning metatextual quest to recontextualise the source material in a way that basically turns it into a Kingdom Hearts plot (pour one out for everyone making sense of Mickey in a trenchcoat – I see you). I’m instead talking about having remakes do things like play with our expectations, introduce new and cut old ideas, and revamp material for a modern audience in ways that give it a new sense of purpose.

2019’s Resident Evil 2 is the perfect example of what a remake should be, as it adopts the same modernisation techniques as FF7 Remake and plays with the source material just enough to make it new again. Of course, both remakes benefit from the massive amount of time that’s passed since their originals, but RE2 Remake still manages to keep so many of the survival horror mechanics and show how they hold up, while completely reformatting how you play the game.

On the whole Capcom is very good at making changes for the betterment of an experience while understanding what made it special to begin with, and the upcoming Resident Evil 4 Remake looks like it, too, will do something that more remakes should: play with your expectations.

By the looks of the Resident Evil 4 gameplay, player choice will affect the short narrative with the dog in dramatically new ways compared with the 2005 original. Basically, it looks like the dog you could save in the first game can be killed, meaning he can’t get his hero moment in the El Gigante boss fight. What happens then? It may seem a small point, but playing with what the audience expects, as remakes are automatically created in the shadow of what they imitate, is a great way to make them feel new again.

After all, if you’re just going to make the exact same game, even with a visual touch-up, then what’s the point? I hope games like The Witcher Remake understand this not just in their gameplay, but also how they approach what their audience already knows about the source material.

And on that exact point, there’s one pivotal detail everyone knows about the original Final Fantasy 7, and I’m impressed Square Enix is poised to change it. Here’s where my spoiler warning comes into effect in full force, as I’m talking about Aerith’s death. For the generation of gamers that saw that scene for the first time, its impact on our emotions, and on what we thought we knew about games as a storytelling medium, cannot be understated. So it’s very bold of Square Enix to just go ‘what if it didn’t end up happening?’

Whether or not this change will work out remains to be seen, but it cements the FF7 Remake as one of my favourites simply because Square Enix thought to change the one thing most know about the original – with many more such changes seemingly on the way in the sequels. Far from seeing this as sacreligious in some way, I’m not ashamed to say that I felt a genuine connection to some characters and scenes in the FF7 remake due to what I already knew, despite not being alive when the original FF7 was even released. Knowing what to expect – or thinking you do – is a rug-pulling opportunity of unparalleled scale and sneakiness for the writers of a supposed ‘remake’. Whether you’ll end up still standing or land on your arse is merely a question of deftness in execution.

For those who remain uncomfortable with making these big, bold changes to the original story – though I would urge them to open their minds to the possibilities – it’s possible to add almost as much profundity in different ways. The passage of time doesn’t just mean improved tech for our favourite action-adventure games, but often an entire series of sequels and spin-offs to pull from when going back to an original game.

This is where the Dead Space remake comes in, as EA Motive’s take on the space horror game series wants to go back to the USG Ishimura and revitalise a classic. We hear that the Dead Space remake will use cut content from the original, alongside integrating the Dead Space 2 zero-gravity mechanic and new lore that was written as the series evolved. This approach enhances what made the game so special to begin with using modern tech, and filling in the gaps that formed at the time and with future series improvements. It’s more conservative than changing the big plot points, sure. But it’s better than simply recreating the original game and its story, note for note, with nothing new or different.

None of these games need remakes. Much like Hollywood’s obsession with nostalgia-mining reboots, they’re what happens when triple-A publishing executives have to manage risk and deliver surefire hits while videogames get ever more expensive to make. They’re an exercise in exploiting your nostalgia to wring more money out of you, when the original games should really be made purchasable in as many forms as possible instead of being lost to time. But just because we don’t need them doesn’t mean remakes can’t be good. Many of them are – the ones made by devs who understand and respect the source material while still wanting to innovate and surprise us.

After all, we love the originals because they were such a good expression of what they were trying to be. To say that a remake with no meaningful differences has an equal reason to exist is practically an insult to its source material. The last thing anyone should be doing is putting on a new coat of paint and calling it a day, as that doesn’t benefit anyone. I’d rather you take a swing and a miss than let the ball just fly right past.