Square Enix announced its Final Fantasy pixel remasters of the series’ first six games in June of last year, and over the course of roughly eight months, each of those remasters hit PC platforms. Fans have been waiting since that announcement for the reveal of console versions of these remasters and finally, Square Enix has revealed that all six are coming to PlayStation and Switch next year.

More specifically, these pixel remasters will hit PlayStation 4 and Switch sometime in the spring of 2023. Each of these games can be purchased individually or together as a bundle, and a limited physical edition will also be available on the same day. Here’s a look at what to expect in the Final Fantasy I-VI Pixel Remaster: FF 35th Anniversary Edition: 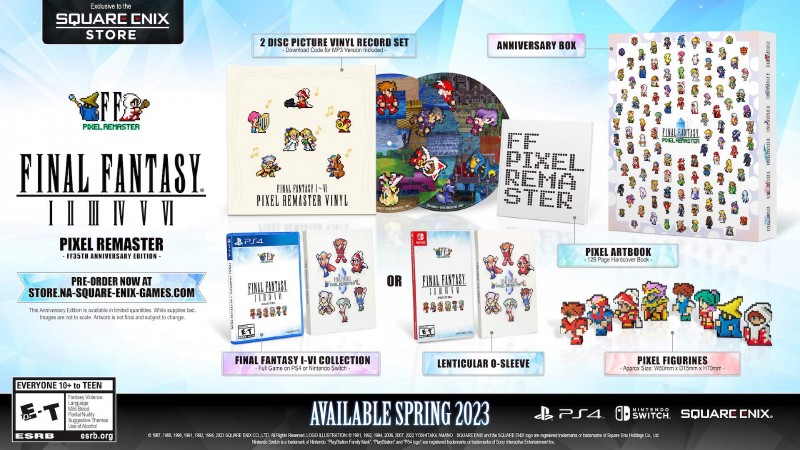 The company says a “small run of physical standard editions [of the collection] will also be available exclusively from the Square Enix Store from Spring 2023,” but notes that quantities will be “extremely limited” so if you’re interested, you should preorder.

For more information about each of these pixel remasters, head to Square Enix’s blog post. Check out our ranking of every mainline Final Fantasy game to find out where Final Fantasy I-VI land on our list after that.

Are you picking up this pixel remaster collection? Let us know in the comments below!