Want to know who the best Vampire Survivors characters are? You only have the whip-wielding vampire hunter Antonio available when you first start this roguelike game, but by fulfilling specific requirements, you can unlock get more characters, weapons, and items to use in every run

Some Vampire Survivors characters are better than others, depending on their starting equipment or permanent bonuses; the likelihood of finishing a run is more of a certainty with the right build, especially if you use Vampire Survivor weapon evolutions to combine items to achieve their more powerful form.

Nearly every update adds new ways to unlock Vampire Survivors characters. To help you get the best start to a winning run in this roguelike game, we’ve picked a handful of characters we consider to be the cream of the crop. For each one, we’ll review their buffs and debuffs, starting weapons, and which Arcana you can choose to amplify the best build for that character.

The best Vampire Survivors characters are: 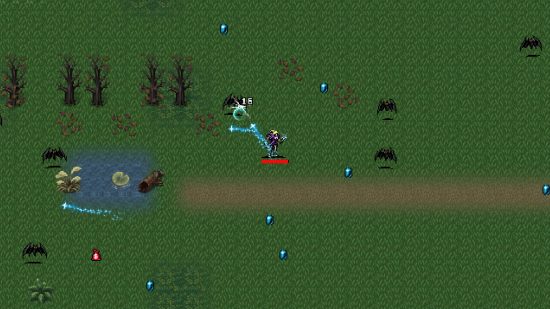 Of all of the heroes available to you at the beginning, Imelda is the easiest Vampire Survivors character to use. Her starting weapon is the Magic Wand, which always attacks the nearest enemy. She also has a static buff that increases the amount of experience she gets when she picks up crystals. You upgrade this passive ability every time you get five levels, up to 30% extra experience per crystal.

Other characters you unlock later down the road do outclass her. However, after unlocking the Randomazzo and all of the Arcana, you may wish to start your run by choosing XI – Waltz of Pearls. This enables the Magic Wand’s projectiles and its upgraded form – the Holy Wand – to bounce up to three times before dissipating. 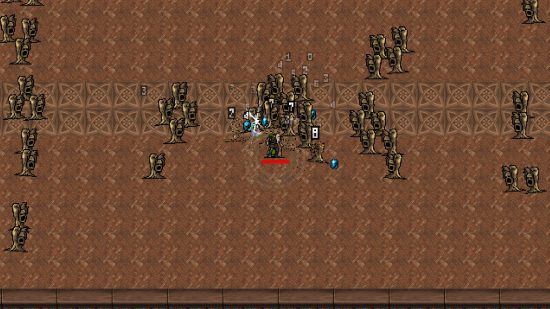 He may have less health than almost all of the other Vampire Survivors characters, and his permanent item pickup radius increase is not all that helpful, but he more than makes up for it with his starting weapon: the Garlic. This weapon gives him a barrier that damages any enemy that gets too close.

For the first few levels, Garlic prevents weak enemies from hurting him, but to truly get the most out of him, you need to upgrade it to the Soul Eater to gain health. If you pick up the King Bible and upgrade it to the Unholy Vespers, you have a near-impenetrable barrier for the entire game. With the right build, it’s possible to have a run where you stand on the spot for the whole 30 minutes. The only real downside is that the only Arcana that he can benefit from is VI – Sarabande of Healing, and that’s only if he gets the Soul Eater weapon evolution. 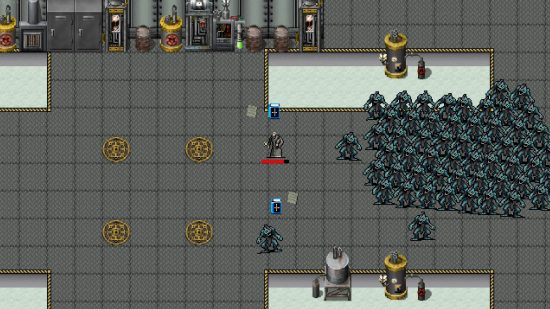 He may be the slowest Vampire Survivors character in the game, but Dommario is another powerful character worth considering. He starts with the King Bible, an AoE weapon that encircles you. Every time you upgrade this item, you either get more books circling Dommario, the books do more damage, or you reduce the weapon’s cooldown. You also get more books if you get the Duplicator item, and the area of effect of this weapon increases if you get the Candelabrador.

The Unholy Vespers weapon evolution doesn’t benefit from the 40% extra duration and weapon speed Dommario gets from his passive ability. However, other powerful AoE weapons such as the Phieraggi weapon evolution will benefit, as they last longer on screen without disappearing. 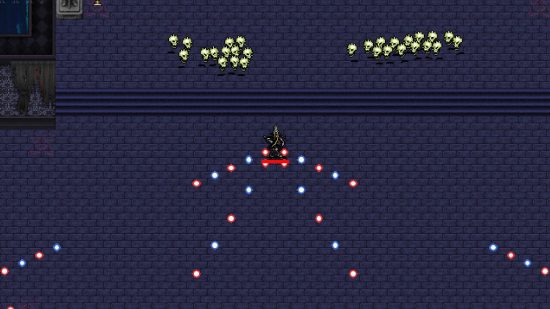 You unlock Pugnala relatively late in the game, but doing so is well worth the effort as she may be the best regular Vampire Survivors character. Not only does she get +1% might for every level, she also starts the run with both Phiera Der Tuphello and Eight the Sparrow in her weapon slots, giving her twin pistols to shoot down foes. You only need to find a Tiragisú to upgrade both guns into the powerful Phieraggi weapon evolution.

The Phieraggi combines well with the Arcana upgrade: IV – Awake. This Arcana gives you three extra revivals, and the Phieraggi’s power scales with the number of revives you currently have. You can further increase the damage output by upgrading the Tiragisú to its max rank and buying Revival Vampire Survivors power ups. With no obvious downsides, Pugnala is our go-to choice until you start unlocking secret characters. 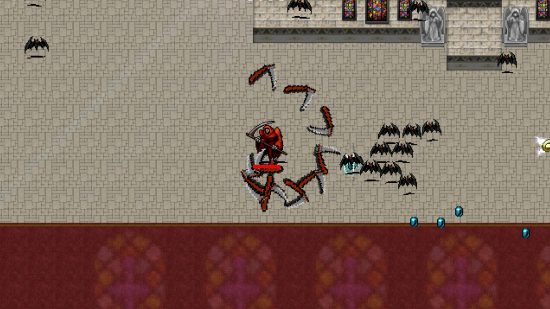 Out of all the secret characters, Red Death is by far the best, even if he’s a nightmare to unlock. He starts with the upgraded scythe weapon, which is one of the best weapons in the game, but Red Death also gets buffs to every single stats, most notably his +110% movement speed and +55% might. Since you don’t need to level up the axe anymore, you can focus on other weapons instead to turn him into a powerhouse. Any Arcana that upgrades the scythe to deal critical hits or bounce it multiple times is worth picking up.