The Samurai Collection from QUByte Interactive brings together two 16-bit action games on PlayStation 4. The games? The First Samurai, and The Second Samurai! The First Samurai was released by Kemco for the Amiga back in 1991, and it was followed by a port to the Super Nintendo Entertainment System – a.k.a. the SNES – a couple of years later. This was followed by sequel The Second Samurai on Amiga in 1993, as well as a Sega Mega Drive – that would be the European version of the Sega Genesis – in 1994. This is the first time that both games are together in a single package, as well as the first time that the sequel has been made available worldwide. 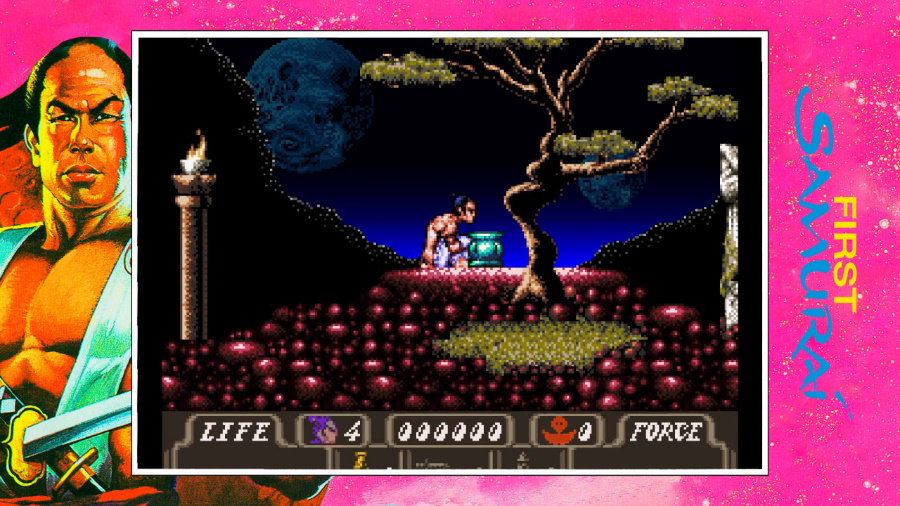 The First Samurai tells the story of the titular unnamed character who must battle against the evil Demon King who has descended from the mountain. The Demon King attacked all of the samurai, but their sensei managed to use his final breath to summon the Wizard Mage. Overwhelmed, the Demon King escaped to the future. Your task is now to learn everything you can from the Wizard Mage so that you can use sensei’s magic sword to search for the Demon King through time to defeat him. Your tasks will begin on a battlefield in 1730.

To progress through each level, you’ll have to collect enough special crests to break the seal at the end of the level. Along the way, you can activate special pots by spending some of your force. That way when you’re defeated, you’ll be sent right back to the last pot you activated. Force can be seen in the lower right corner of the screen, and it will be depleted with each hit you take. Once your force is gone, your health will completely refill, but you’ll lose access to your sword, leaving you with only your feet and fist to do the talking. 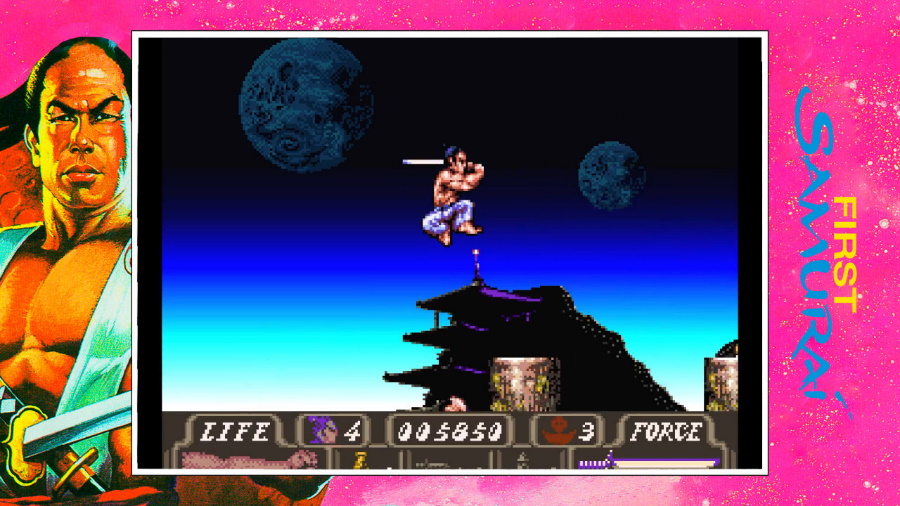 As for the sequel, in The Second Samurai you’ll be playing as not one but two different samurai – a male samurai and a female samurai – who must travel through time, starting back in the era of cavemen – to free the souls that have been trapped in special jars. Destroy all jars and free the souls, so that you can then battle the boss at the end of the stage. This one offers you the option of playing in one of four difficulty settings: Easy, Samurai, Heroic, and Brave. You can also choose how many lives you’ll have – with the options being 3, 5, and 7.

For The First Samurai, you’ll control your character with the left analog stick or the D-Pad as you jump with the Circle button, punch with the Triangle button, and kick with the Square button. The X button is for using items, which you can select by using the L1 and R1 buttons as needed. In the first game you’ll be able to launch sharp daggers or throw a mighty axe. For the sequel, you’ll jump with the Square button, attack with the Circle button, and throw knives with the X button. You will also be able to collect spells, such as a thunder spell, as well as a spell that makes you invulnerable for a short period of time. 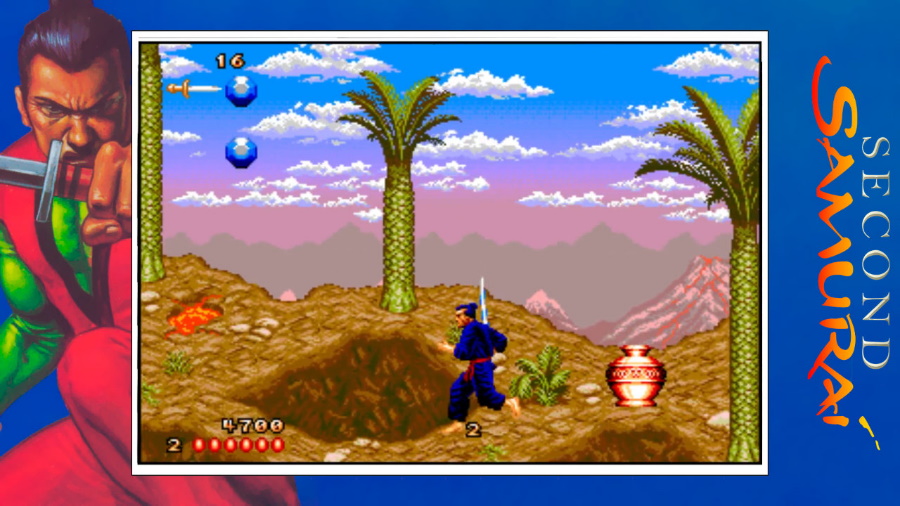 As for the trophies, this one has a full trophy list with a Platinum trophy by way of a list with 10 Bronze trophies, 10 Silver trophies, and 6 Gold trophies. To unlock them, you’ll have to defeat of the bosses in each game, as well as score 3,000, 10,000, and 100,000 points in The First Samurai. You’ll also have to beat The Second Samurai while playing in the Samurai difficulty, as well as while playing in the Heroic difficulty setting.

If you’re a fan of old-school 16-bit 2D action games from the SNES and Sega Genesis/Mega Drive era, then The Samurai Collection gives you access to The First Samurai and The Second Samurai, with the sequel being available outside of Europe for the first time. The First Samura very much feels like an Amiga game ported to the SNES – for better or worse, depending on how you feel about the Amiga and its collection of games. The sequel certainly feels closer to what you’d expect to find on the Sega Genesis/Mega Drive, which is to be expected, since it launched three years later than The First Samurai. The Samurai Collection is out on PlayStation 4 at a $9.99 asking price. 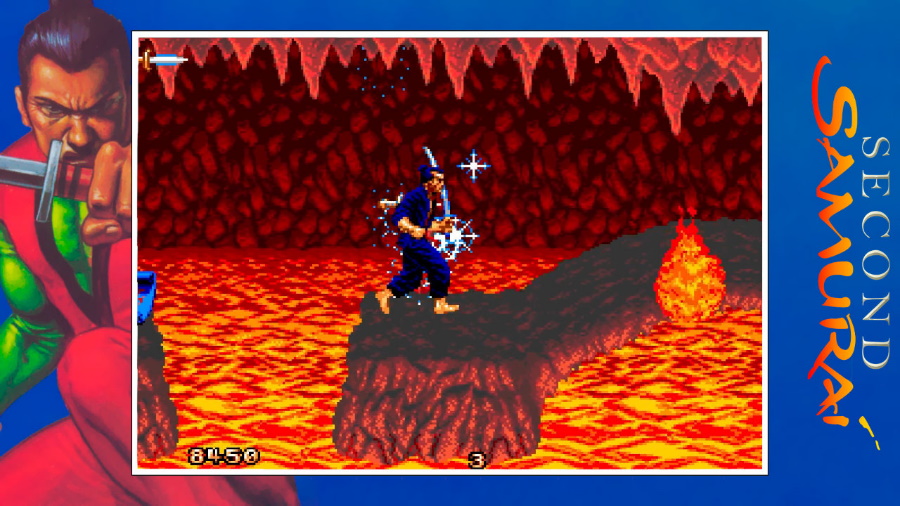 Disclaimer
This The Samurai Collection review is based on a PlayStation 4 copy provided by QUByte Interactive.