In the world of PC games news, the grind never stops. As our wonderful virtual universe continues to turn on its metaphorical axis, there’s a lot to look forward to in the coming year. We’ve got Hogwarts Legacy, Starfield, Diablo 4, and much more, but it’s worth casting our minds back to some of best PC games of 2022. As Christmas draws to a close and fireworks litter the horizon, we’ve taken the liberty of compiling some of the year’s biggest news events in one place – after all, what’s not to love about a little bit of nostalgia?

One of the most exciting things to come out of January was Blizzard’s announcement that a new game set in an “all new universe” is in the works, adding yet another new string to the Diablo and WoW creator’s metaphorical bow. It wasn’t alone in announcing something brand spanking new, though, as Apex Legends creator Respawn Entertainment also revealed that it’s working on another triple A shooter.

To top it all off, turn-based strategy game fans were blessed with news of a new studio manned by the Doom and XCOM devs, who have united to bring more strategic goodness to the ever-expanding genre.

The highlight of February was, of course, Elden Ring. Touted as one of the best FromSoftware games of all time, the RPG game shot to the top of the charts, challenging players from across the globe to restore the titular item. In addition to Elden Ring, Amazon Games and Smilegate RPG brought ARPG/MMO hybrid Lost Ark to the West following a successful launch in Korea. While server queues soared and players often lost the will to live, the game has blossomed post-launch and now includes a plethora of exciting classes and zones. Dying Light 2 also deserves a quick mention; after all, who doesn’t love killing zombies?

And finally, Valve changed the landscape of portable gaming, as we discussed in our Steam Deck review. Initially, few people could get their hands on the handheld due to a reservation system and a lot of people putting in a pre-order, but the device rapidly became a favourite with boot screen mods, physical accessories, and developers racing to optimise their games for the new system.

We highly recommend you check out our Elden Ring review, particularly since it’s the PCGamesN Game of the Year 2022. If Soulslikes aren’t your thing, there’s also a Dying Light 2 review and Lost Ark review for you to peruse. 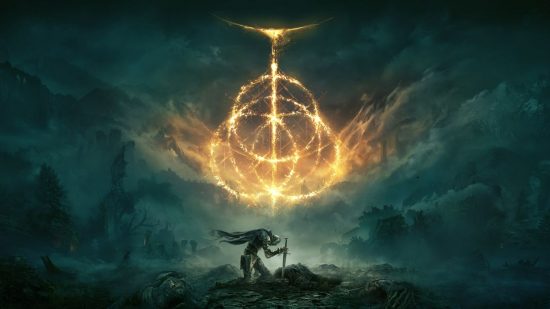 Rainbow Six Siege also returned with Operation Demon Veil, which added a stunning array of Asian-inspired cosmetics, as well as new Operator and masked defender, Azami – one of the most impactful characters to the meta since Year 2’s Mira. Overall, March was a little quieter than February (not that that would be hard) but April sure made up for it.

The first major reveal on April’s docket was WoW Dragonflight, the rumoured next World of Warcraft expansion that leaked ahead of time only to be confirmed not long after. With the Dragon Isles lurking on the horizon, Unknown Worlds also confirmed that we would be diving back into the sea again with Subnautica 3 – release date to be confirmed.

In addition to these announcements, Blizzard’s Diablo 2 Resurrected saw the first set of class balancing in over 12 years whilst also selling an excess of five million copies, and the first Overwatch 2 beta featuring new hero Sojourn dropped on April 26, finally giving avid fans of the FPS game something to sink their teeth into.

Following in March’s footsteps, May was also a relatively quiet month. Hype began to build for Diablo Immortal, and died for the rumoured Marvel MMORPG, which was quickly and quietly cancelled. In other news, the actor for Elden Ring NPC Blaidd eventually addressed fans who, well, were perhaps a little too excited by the character. Describing himself as “warm, aroused, comforted, and very loved,” it seems the feeling is mutual. 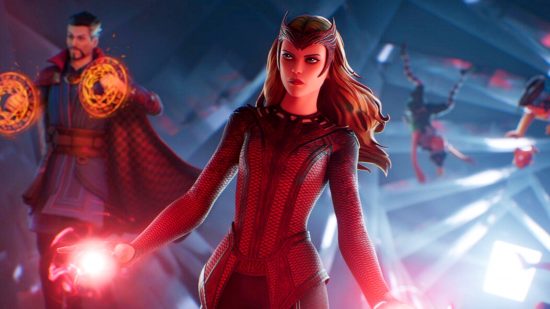 And so the onslaught of microtransactions began. Blizzard’s Diablo Immortal finally released on both PC and mobile despite originally being exclusive to the latter, but its launch has left a lasting legacy around in-game MTXs and their legitimacy. To make a point, streamer Quintin ‘Quin69’ Crawford decided to yeet a $15k gem into the trash then quit the game, while others attempted to beat the game without making any purchases (spoiler alert, it wasn’t easy).

As debates raged and Immortal dominated social media, a World of Warcraft player decided to turn 600 million WoW gold into microtransactions, and some new, rather creepy Starfield bugs emerged from the great beyond – and no, the game isn’t even out yet.

Skarn’s legions continued to infiltrate July, with new boss Vitaath handing players their proverbial butts, and Diablo 3 Season 27 finally swooping in to make up for Immortal’s numerous sins. Blizzard also launched the ‘Hell’s Ink’ world tour, offering fans a chance to participate in an upcoming Diablo 4 beta test in exchange for etching the mark of the Prime Evil himself into their skin. A worthwhile exchange, you ask? I would say so.

August was the month that shook Genshin Impact (briefly) as new anime MMORPG Tower of Fantasy looked to topple MiHoYo’s open-world adventure. While Aida took off in style, the game was immediately plagued by swathes of hackers intent on ruining players’ experiences. Safe to say Genshin teetered momentarily, but still remains very much on top.

Sleeper hits Cult of the Lamb and Disney Dreamlight Valley also released in August (the latter in early access). The former remains one of 2022’s cutest entries, while DDV has developed a cult following (ha ha) a la Stardew Valley and Animal Crossing. Oh, and someone also fully mined the Minecraft map after five years. There’s also that.

Did someone say CD Projekt Redtember? Following Cyberpunk 2077’s rocky launch, Netflix series Cyberpunk: Edgerunners brought swathes of new players back to the forgotten RPG, inspired by David and Lucy’s struggle for survival in an unforgiving world. In the wake of this excitement, the devs confirmed that a Cyberpunk 2077 DLC called Phantom Liberty is on the cards, followed by a sequel to Cyberpunk 2077. Cyberpunk 2078?

That’s not all, though. The Witcher 4 is, indeed, in the works, as well as another trilogy of Witcher-inspired games. What this means remains unclear for now, but September was the best month in years for fans of the series. 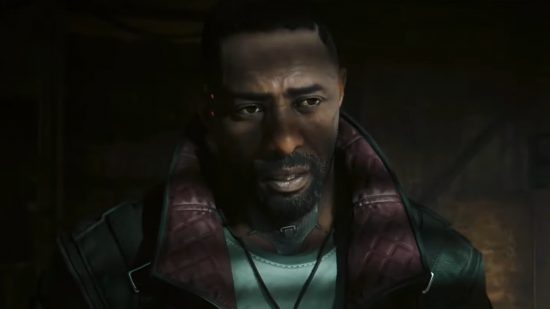 After years of waiting, Overwatch 2 finally launched, adding three new heroes, a host of new maps, and a battle pass to Blizzard’s classic hero shooter. It was quickly overshadowed by sister title Call of Duty Modern Warfare 2, however, and its associated Warzone 2 release. The highly anticipated sequel to Plague Tale Innocence, Requiem, also dropped in mid-October, transporting us back to the macabre world of 14th-Century France and into the weathered shoes of Amicia and Hugo.

Framing all of this was League of Legends Worlds, where Lil Nas X’s anthemic Star Walkin’ failed to win fans over, and new queer, black champion K’Sante dropped off the League of Legends tier list relatively quickly. While a win for underrepresented communities everywhere, the biggest event in the LoL calendar simply failed to meet expectations.

Valve finally let people buy the official Steam Deck dock after several delays, allowing people to connect their handheld gaming PC to TVs and monitors like a Nintendo Switch. Unfortunately, it launched with two big problems: a whopping price point, and cheaper third-party accessories that do the very same thing and have been available for months. Check out our Overwatch 2 review, Call of Duty: Modern Warfare 2 review, and Plague Tale Requiem review for our thoughts on October 2022’s games.

From a leak to a fully fledged Azerothean adventure, WoW Dragonflight finally released in November, slamming the book shut on the divisive Shadowlands and propelling World of Warcraft into a new, magical chapter.

The latest game to take us to the grim darkness of the far future, Warhammer 40k: Darktide, was also unleashed upon the world, but an otherwise positive start was marred by a rocky beta plagued by seemingly endless performance issues, as we discuss in our Warhammer 40k Darktide review. You can also check out our WoW Dragonflight review for more on the biggest games of November.

PC problems transcended November and Darktide, however, going on to infect our Callisto Protocol review. Dropping frames like hotcakes, the Dead Space-like horror game hasn’t quite matched expectations, leaving players comparing it to Cyberpunk 2077 when it first launched. Other notable releases include XCOM-style superhero game, Marvel’s Midnight Suns, also released to much excitement, taking a darker, grittier approach to some of the company’s most iconic heroes and heroines, and High on Life, a surreal shooter straight from the mind of Rick and Morty creator Justin Roiland.

December’s main event, however, was The Game Awards, which saw the Diablo 4 release date finally revealed, showed off a new Armored Core, and confirmed to much excitement that Hades 2 is, indeed, in the works. In the awards, Elden Ring and God of War: Ragnarok swept the competition aside, while indie game Stray meowed its way to victory over the likes of Tunic. Of course, there was also that random kid who spouted some madness about former United States President Bill Clinton, but the less said about that the better. Instead, you should read our Marvel’s Midnight Suns review, as well as our High on Life review to close out the year. 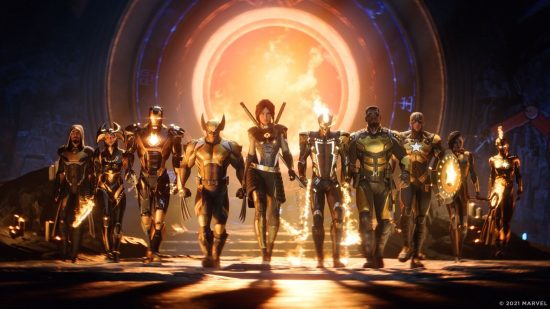 And that’s a wrap folks! A Christmas wrap, if you pardon the pun. As we look forward to 2023 there’s already plenty to get excited about, and we can’t wait to share it with you – after all, 2022 was good, but if you ask us, next year’s release calendar is looking stronger than this time 12 months ago (the Starfield release date is coming, after all).