Hyper Gunsport from NecroSoft Games is cyberpunk volleyball with guns. Want to learn more? Then check out our Hyper Gunsport review!

Hyper Gunsport from NecroSoft Games is cyberpunk volleyball with guns. This is a competitive arcade-style experience in which you’ll be using your arsenal to shoot a ball into goals of varying difficulties. It’s the “Super Turbo” type sequel to Gunsport, which released as a Stadia exclusive back in 2020. You can play either in the local Versus Mode, or go through the Circuit Mode. In Circuit Mode, you can select one of the available teams and experience their story and the cutscenes detailing their journey. The teams are Oakland, Japan, Cambodia, Congo, UWSO, La Ciudad, and Practicebots. 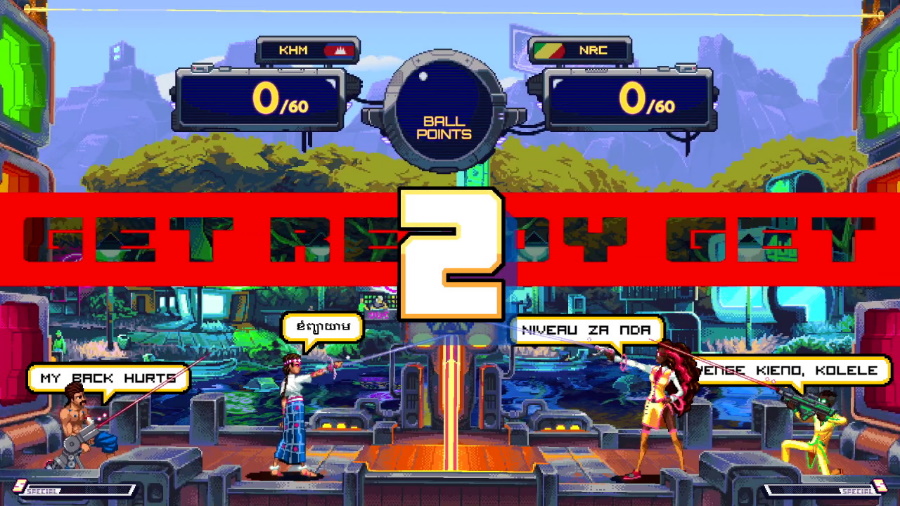 To give you an idea of what to expect, if you select the Cambodia team, you’ll learn that its members – a married couple -are actually the oldest ones of the bunch… and that they haven’t participated in the sport in 10 years! And since the Cambodia government rejects the idea of cybernetics, the team is playing without any augmentations… which means that basic body armor is all they have to help them! This is why their odds of winning the tournament are sitting at a not so hot 451 to 1.

Since every time a ball goes through a goal its point value will increase, you must focus on repeatedly targeting the same goal while making sure that your opponent does not manage to do the same. This is why each team is composed of two elements: a striker and a keeper. The striker must always be on the move, running and jumping as it tries to target the ball to get it through one of the opposing goals. While the keeper can’t move, it can fire its gun at a faster pace while also having a wider aiming range and shooting radius. 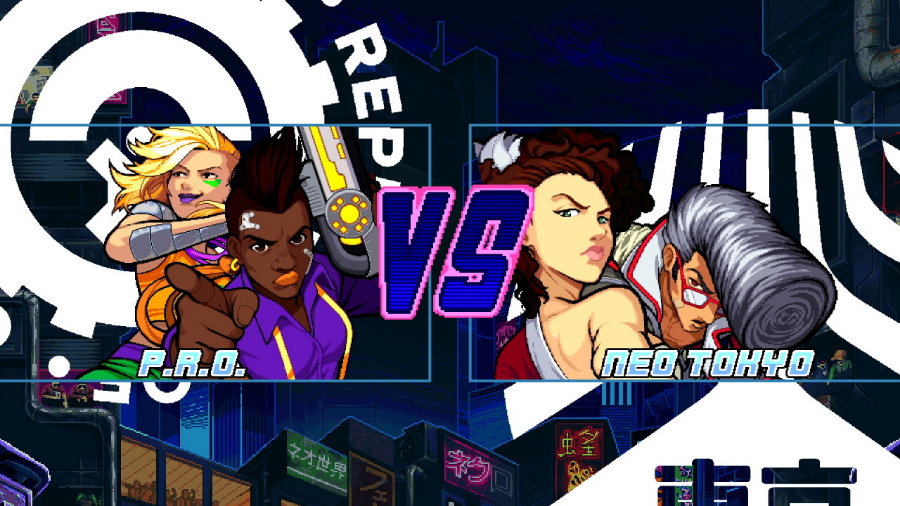 Once you’re ready to go, you’ll be controlling your keeper by aiming with the right analog stick and shoot with the ZR button. Your gun automatically reloads over time, shot after shot. The dots over your laser will let you know how many shots you have left. If you have an aiming laser, then that means you have at least one shot left. And if you’re playing as a striker, then you can move with the left analog stick or the D-Pad, and can jump with the ZL button as needed. Depending on which goal you send the ball through, you will get, from top to bottom, 1 point, 3 points, and 5 points.

If both teammates hit the ball nearly at the same time, this will be a focus attack, which sends the ball flying at a much faster pace. This will, in turn, make the ball harder to defend, making it easier to score a goal. Just be careful, because your opponents can do the same! As you play, your team’s special gauge will slowly fill, with some team’s filling up their gauge faster than others. Once the special gauge bar is full, you can press the R button to give your team access to its special weapons for a short period of time. Each team has its own set of special weapons. And since activating your special weapons will instantly fill your ammo magazine, knowing when to do this is crucial! 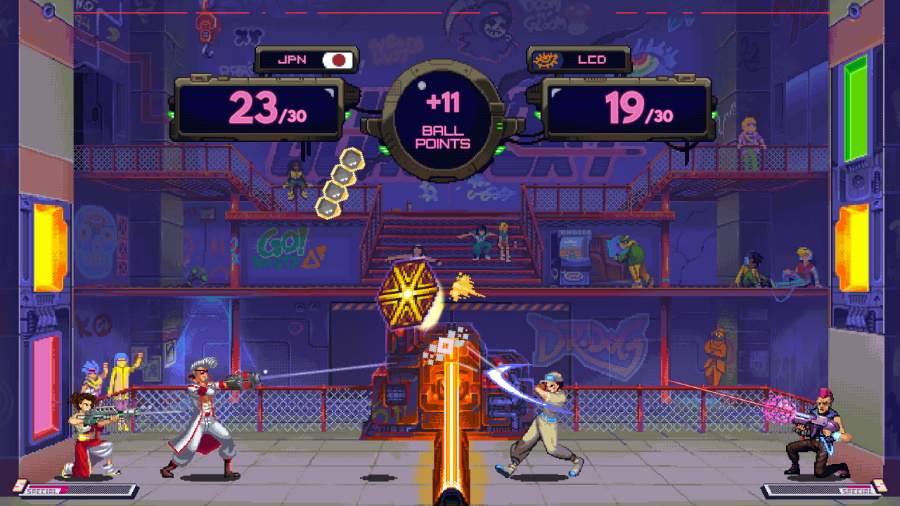 Along with being able to change the volume balance for the game’s music and sound effects, as well as enabling or disabling vibration, Hyper Gunsport offers some accessibility options so that gamers of all skill levels can have a chance of enjoying it. You can activate or deactivate aim assist to make it easier to target and shoot thee ball, and you can also do the same for move assist. There’s also the option of changing laser length, as well as of increasing or decreasing the overall game speed.

Hyper Gunsport is a fun cyberpunk volleyball game… with guns! It features a great pixel art style, a pumping soundtrack, a solid cast of characters, and fun gameplay mechanics for a fast-paced experience on Nintendo’s console. The game can be played 1v1, or 2v2, and you can take either on a local Versus Mode, or dive into the Circuit Mode, in which you’ll select a team and try to make it to the top. Hyper Gunsport is out on Nintendo Switch with a $24.99 asking price. 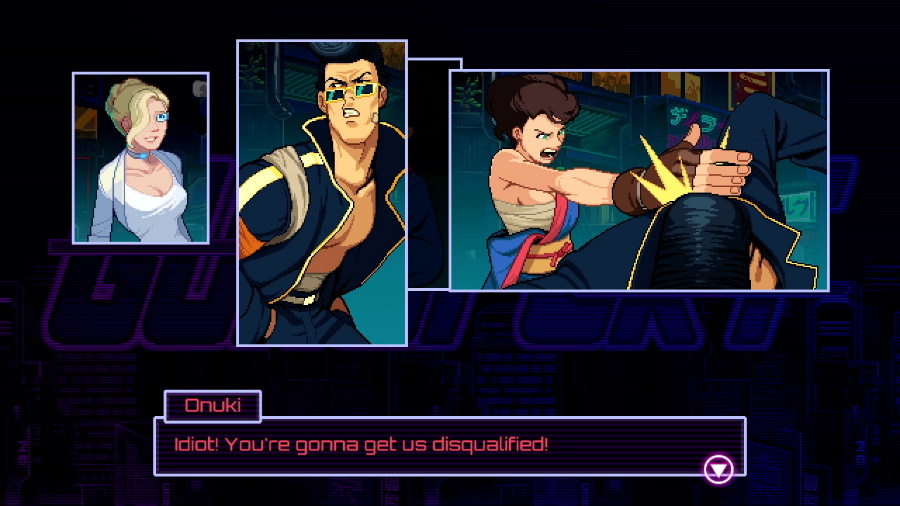 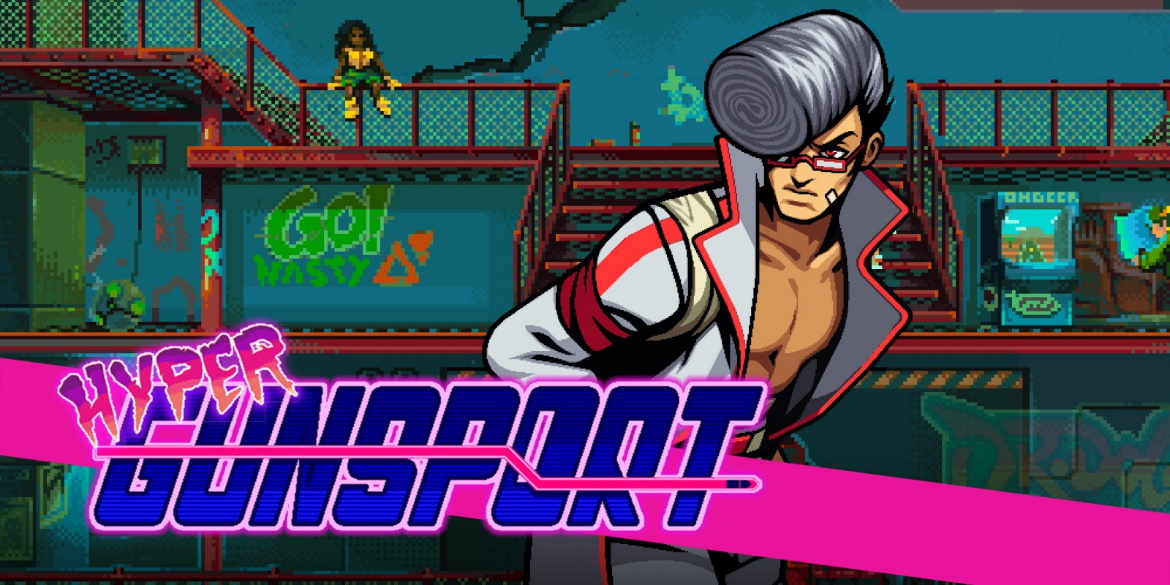 Disclaimer
This Hyper Gunsport review is based on a Nintendo Switch copy provided by Necrosoft Games.