Children of Silentown from Daedalic Entertainment, Elf Games, and Luna2 Studio is a dark point and click adventure game on Nintendo Switch. It tells the story of Lucy, who is growing up in a village deep in a forest…inhabited by monsters! People go missing all the time, but for this particular situation, Lucy decides to go investigate what is going on. This one is a hand-drawn point and click adventure game that will have you exploring the town and it’s surrounding areas as you search for clues and interact with everyone you meet during your journey. 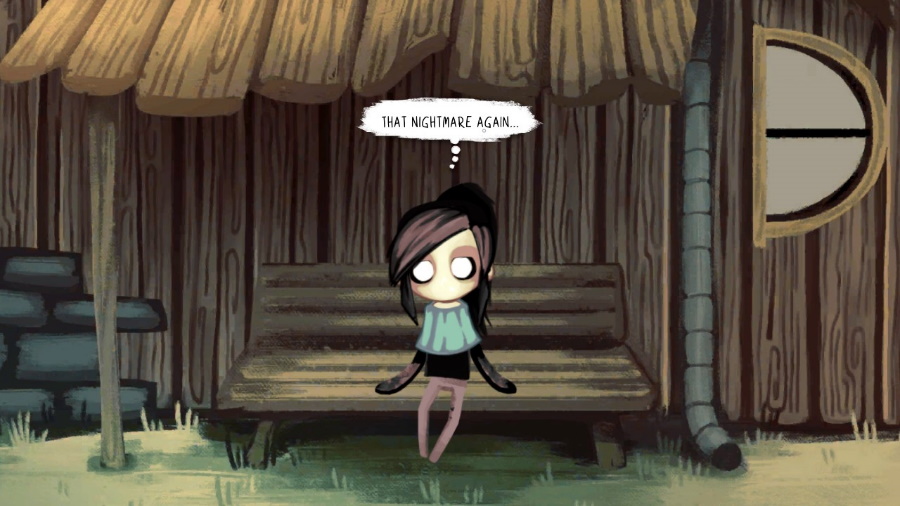 You’ll control Lucy with the left analog stick as she interacts with other characters or objects with the A button. When there’s more than one item or character close to Lucy to interact with, you can switch between them by pressing the L and R buttons. Any items that are collected will be added to your inventory, which you can review with the ZL button. As is the case for other point and click adventure games, you will sometimes need to combine items to solve some puzzles. By pressing the Y button you can open the diary to check any important information for Lucy’s journey. Press the ZR button and you’ll open the song menu.

Song menu you say? Music plays a big role in this point and click adventure game. You’ll need to know what songs can help Lucy during times of need. Any unusual sounds that Lucy hears will be noted down in her journal. It’s thanks to this that new melodies can be formed. Once a melody has been completed, you’ll be able to use it during Lucy’s journey. The first one you’ll obtain will be the Song of Children, which can be used to evoke spontaneous, sincere thoughts in people. The next song you’ll be able to complete will allow you to make people remember lost memories by using the song on this or that as needed. 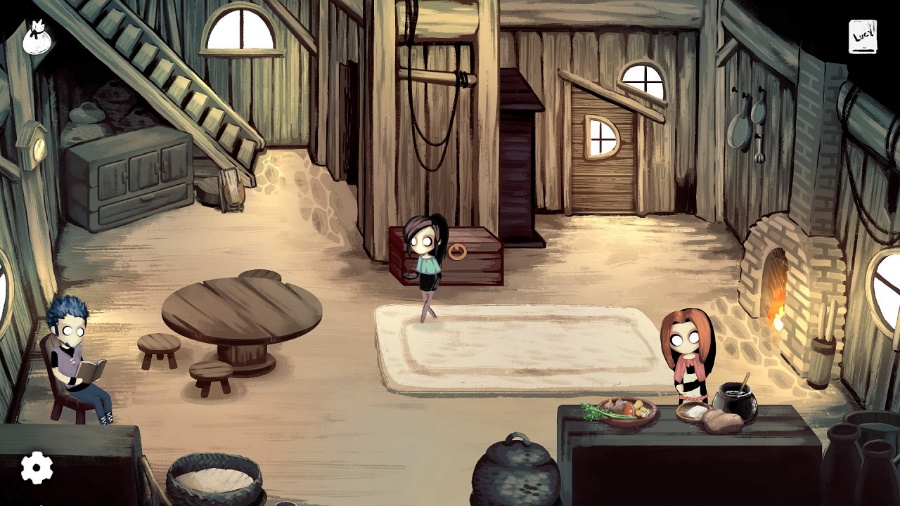 And what types of puzzles and situations will you run into during your time with Children of Silentown? You can learn all of the basics during the first handful of segments in the game, so allow me to discuss those as to not spoil things for you. The first one is pretty simple since all you need to do is grab the ball that your friend Blue threw a bit too far… and then give it back to him! Simple, right? The next one right after that one will require some extra steps.

Lucy’s mom tells her it’s time to go back home. Once there, she requests that you help her make dinner. The first step will be to grab the saucepan that is near the fireplace. Once that’s taken care of, you’ll have to go pick up some firewood from the chest to rekindle the flame. Unfortunately, Squinty, the family’s cat, is on top of the chest. Maybe if you find something it likes – such a, for example, a toy, Squinty will move out of the way? 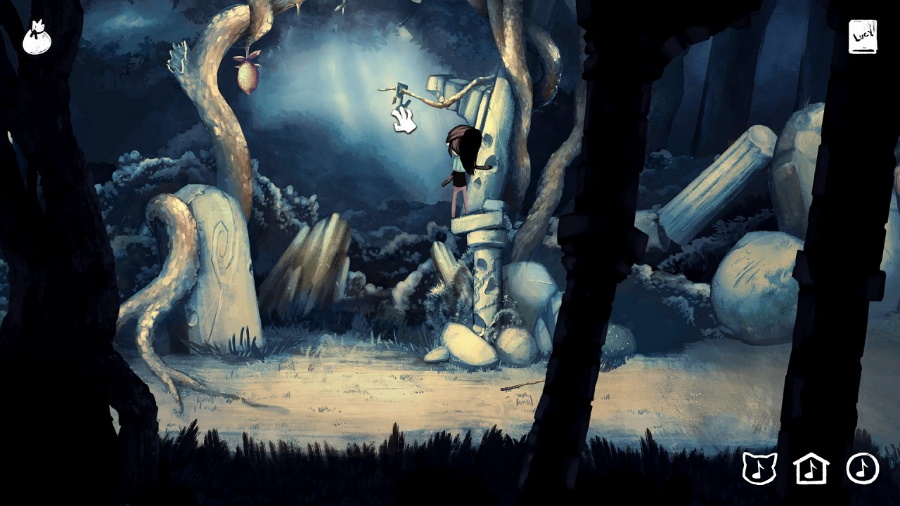 And then we’ll arrive at the last section for this particular scenario. Your mum needs some sausages for the stew, and you’ll need to get them from the cellar. It’s a dark area, so you should grab a candle and lit it up on the fireplace so that you can then use it to light up the candle in the cellar so that you can actually find your way around it. And once the sausages are taken care of, the last ingredient will be the salt… which is conveniently near Lucy in a spot that might seem out of reach. How do you get the salt? You’ll have to play the game to find out!

There will also be some puzzles to solve along the way. Some are tied to the aforementioned singing, which will allow you to patch up the torn thoughts of some of the people you interact with. For these, you’ll have several starting points from which you can sew your way through each button – some of which will need you to go through them more than once so that all holes have been used to secure it. If you can’t find the right way to complete a path in a single go, that’s your cue to change to another starting spot. You will also run into a puzzle that requires you to rebuild the torn labels of some spice jars Lucy’s dad uses to store, well, herbs and spices. 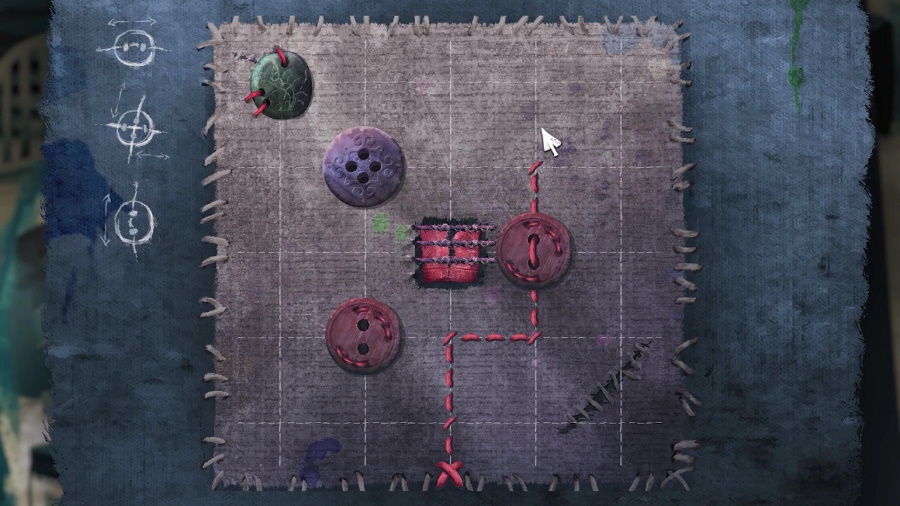 Children of Silentown is a dark hand-drawn adventure that pays homage to the point and click classics in the genre while adding some 21st century quality-of-life improvements here and there. With people going missing after being taken by the monsters of the forest, Lucy must set out on an adventure that will lead her to find the truth about things… for better or worse. Children of Silentown is out on January 11 on Nintendo Switch with a $19.99 asking price.

Disclaimer
This Children of Silentown review is based on a Nintendo Switch copy provided by Daedalic Entertainment.