Monster Hunter Rise features thousands of weapons, but in the early game, one set overshadows all of the other options. Here’s why newcomers would do well to avoid using Rise’s overpowered Defender starting weapons.

Monster Hunter Rise, which is now available with Game Pass, didn’t always feature the Defender weapon trees. In fact, these weren’t added until the Sunbreak expansion, serving as a fast-track mechanic for experienced players who wanted to bully their way through the base game as fast as possible in order to get into the new late-game content. Monster Hunter: World did the exact same thing when Iceborne launched too, although once again, Monster Hunter newcomers should really think twice about relying on these potent weapons.

Why are the Defender weapons so overpowered in Monster Hunter Rise? 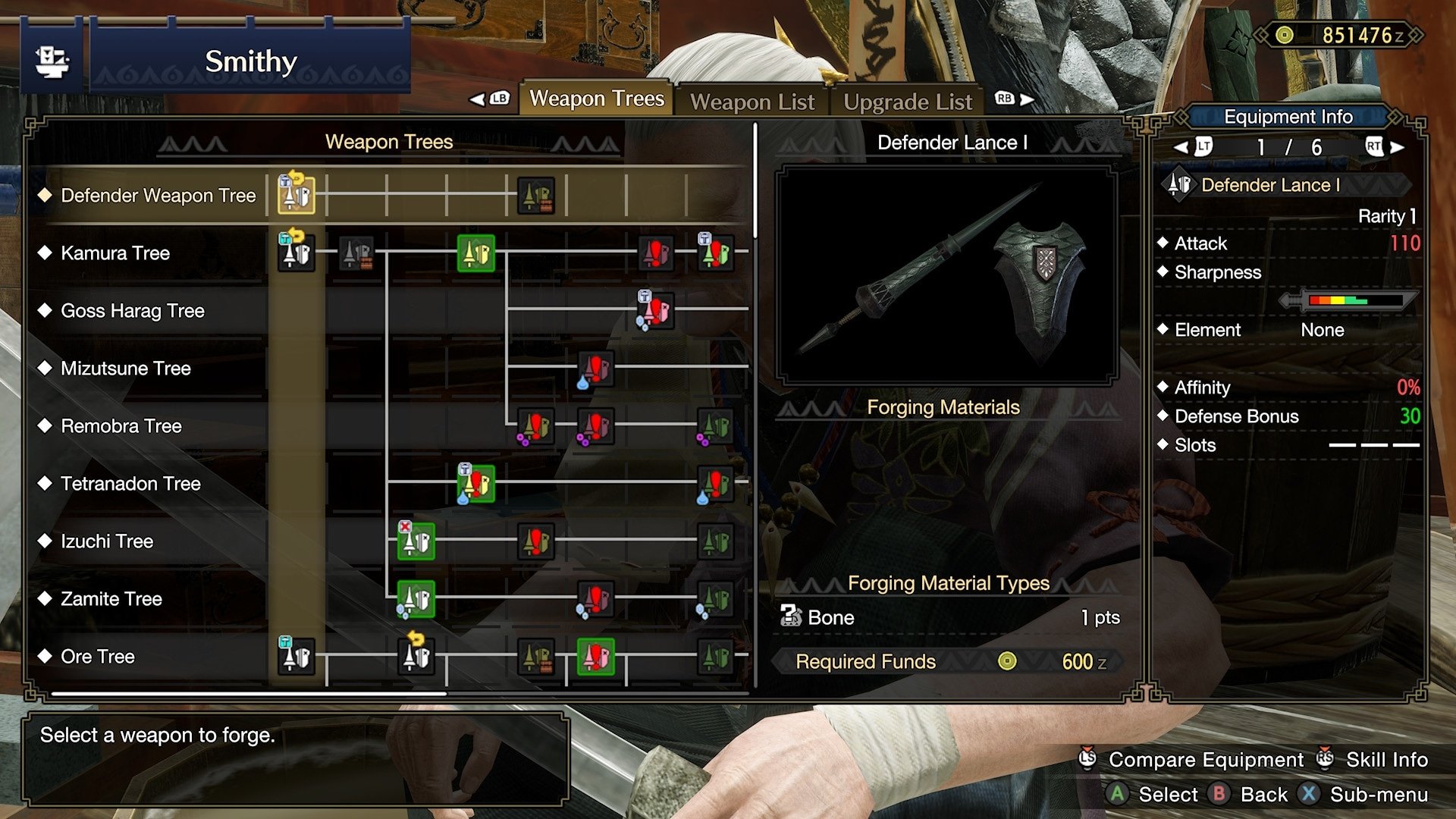 If the Defender gear seem way more powerful than anything else on the Low Rank weapon trees, that’s because it is. They’re not really intended to trivialise the first portion of the game for new players like they do, rather help experienced hunters get into the endgame a bit faster. While the Defender weapons will easily carry you through Low Rank, you’ll be missing out on a lot by using them if it’s your first time playing. We’re not here to tell you how to play — that’s entirely your call, of course — but merely offering a word of warning. With how much damage these best-in-slot early weapons are capable of dishing out compared to others of the same tiers, the already shortened hunts of Rise will fly by that much quicker, meaning you’ll have less time to learn each monster’s behaviour or even what kinds of tricks you have in your own arsenal. Relying on pure offense with an overpowered bonking stick and reaching High Rank without a solid knowledge of each encounter could really trip you up, presenting a massive barrier to overcome not just with those things but with other elements like the intricacies of crafting and upgrading gear.

It’s odd that Capcom even included the Defender stuff in this new version of Rise at all… we don’t even get the full tree, only the first portion, but that’s just as well since otherwise this one weapon line would overshadow every other option in the entire game rather than just the Low Rank stuff. My advice to new players wouldn’t be to completely ignore the Defender gear, though, rather to only use it as a crutch if you really start to struggle. Get a proper feel for the fights first, dabble in making and upgrading your own weapons and armour, learn how armour skills work by combining your own sets with perks you like, and rest safe in the knowledge that if you ever come across a fight that really gives you trouble, you’ve got the Defender stuff as a backup to bring a bit of extra power that might see you through. By the time you get to the tail end of Low Rank, you might have a few alternatives available, especially if you want to be using status or elemental weapons. So while the Defender kit might start to feel a little weaker as High Rank looms, it’ll at least get you to that point on its own… should you want or need it to, that is. 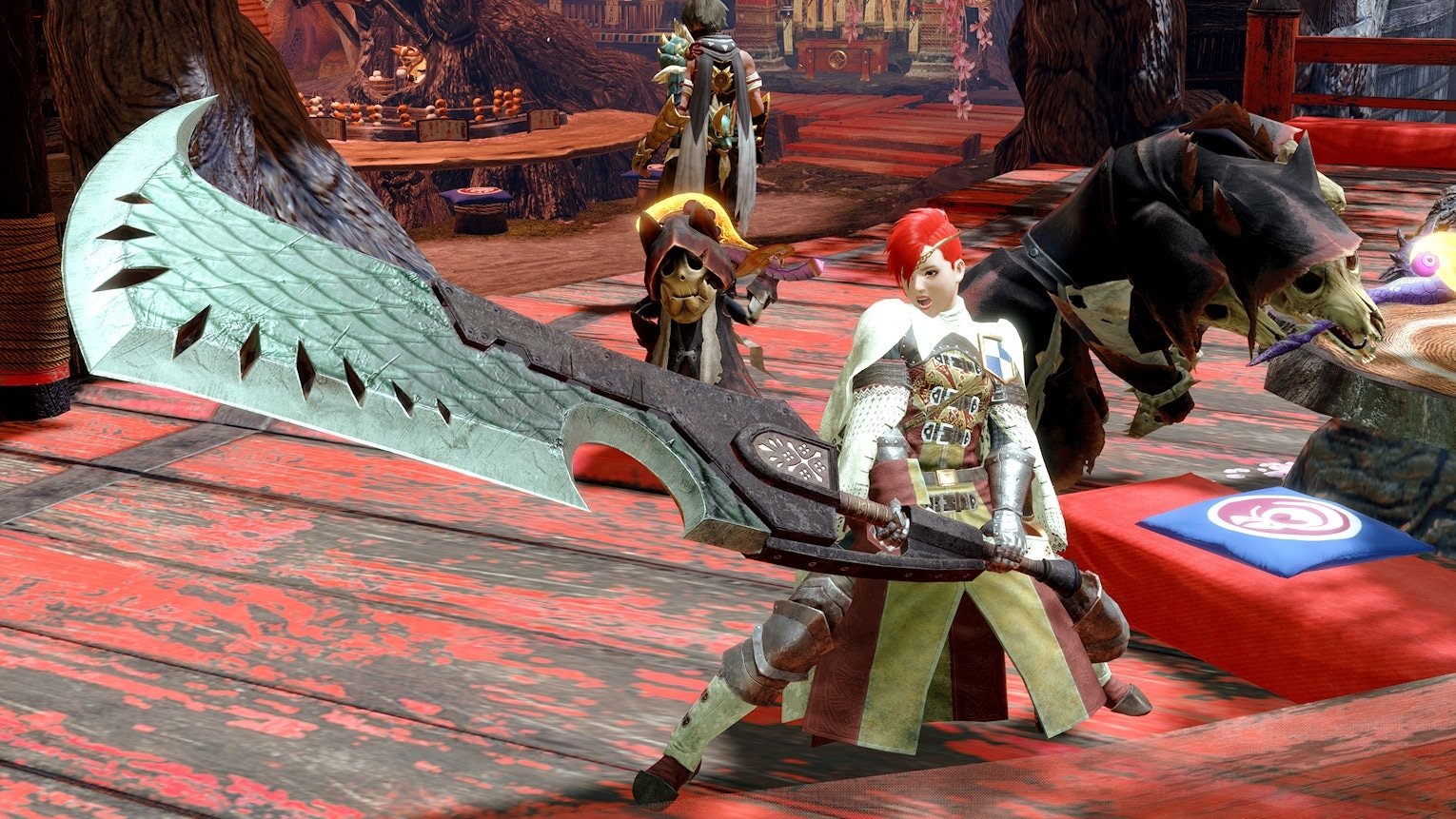 There’s also the Guild Cross armour, although that doesn’t feel as much like breaking the game — while defensively far stronger than anything else at the start of Rise, its skills are pretty lacklustre and it can’t be upgraded, meaning it’s outclassed long before Low Rank is over. Being able to tank a few more hits while learning the mechanics and fights early on is nice, no doubt. But live in this set and you’re missing out on just how powerful some combinations of (actually good) armour skills can be. Even though this side of the game doesn’t fully open up until High Rank, once again, getting there without first understanding the basics is just going to present even more hurdles later on as the difficulty also starts to ramp up.

Then again, if Monster Hunter just doesn’t click for you, why not check out some of the other games coming to Game Pass this year and beyond to see if you can find something more to your tastes?