Monster Hunter Rise sees the return of World’s infamous crown-based achievements, which involve a lot of luck as you need to hunt many monsters great and small. Here’s a handy guide to help take the edge off the grind…

Rise players chasing the full completion will need to hunt down a total of 86 crowns for defeating especially large and small versions of every monster to unlock two problem Monster Hunter Rise achievements, Mini Crown Plaque and Gold Crown Plaque. Although Rise is likely to find a spot among the best games on Game Pass — check out our Monster Hunter Rise review to find out why — this kind of grind isn’t for everyone, and even veteran hunters could find themselves a little lost. You see, things have changed somewhat in the new game compared to World, so here’s what you need to know to efficiently go after all of those fancy but frustrating crowns, which can be a right pain in the Arzuros. Please note that due to the nature of this article, there will be spoilers as to some of the new and returning monsters in Rise, so feel free to check back later when you’ve made good progress in the game so the crown hunt can begin in earnest! 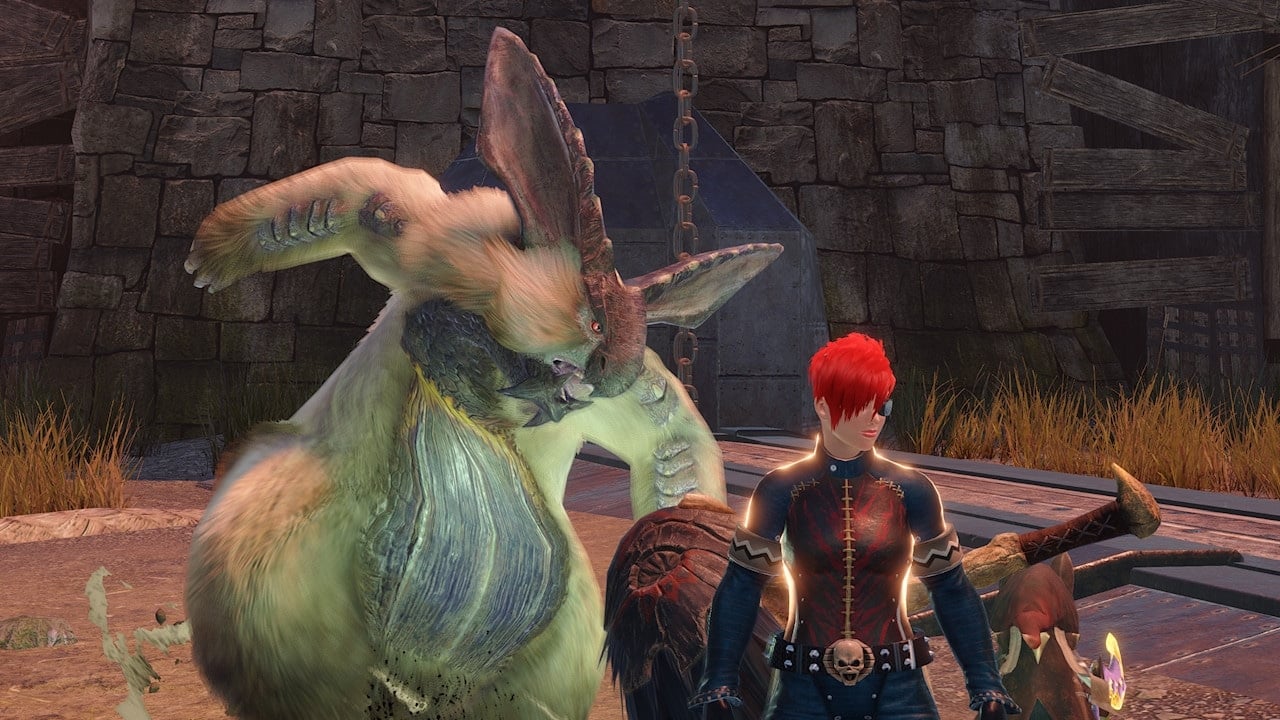 What are crowns in Monster Hunter Rise?

Just like in World, crowns appear next to the monster’s size after you hunt one that is large or small enough to qualify (you can check your overall progress on the last page of your Guild Card), although they’re rather rare and can’t be obtained from every kind of hunt. First up, a little background on how crowns work in Monster Hunter Rise. Some quests simply cannot include monsters of crown sizes. None of the solo Village quests can involve monsters small or large enough to qualify, with the sole exception of the one Advanced quest — The Veteran’s Gala, unlocked after you clear out all of the other Village quests — which serves as a preview of High Rank and therefore has standard High Rank crown chances (bar the Bazelgeuse, which is inexplicably just a 1% shot at either crown). No grinding out the easiest versions of monsters, then, and you can’t get crowns in Arena quests either, since monsters in the time attack mode have fixed sizes to create a level playing field. The many monsters repelled in the Rampage absolutely don’t count, but I’m pretty sure even the bosses don’t, having beaten all Apexes in the tower defence mode yet not having anysizes registered for the few I’ve yet to take on outside of the Rampage even though they’re counted in the overall ‘hunted’ total.

Moving up to Low Rank Gathering Hub quests, it’s once again not looking good for prospective grinders of easy prey. Low Rank monsters in Monster Hunter Rise cannot spawn large enough to give large crowns, and only have a 1% chance of being small enough for the little crown, so while farming some of these will be very quick and easy in endgame gear, the odds of getting just one of the two crown types are very much stacked against you. High Rank hub missions, however, can give both crowns, but with just a 3% chance at either for the majority of monsters (a handful, like Khezu and Bishaten, appear to have ever-so-slightly better large crown odds than the rest). These numbers may only be accurate when the monster is an actual quest target, however, with Monster Hunter data goldmine Kiranico suggesting that the crown odds for roaming monsters not related to a mission could drop to 1% or even disappear entirely in some cases.

Finally, we have the new Apex sub-species, and these are a law unto themselves in terms of crowns but can roughly be divided into three groups — Arzuros sits alone at the easier end of the scale (7% small/5% large), Rathian and Mizutsune are in the mid-tier (4% chance at either), while the tougher trio of Diablos, Zinogre, and Rathalos are also the stingiest with the standard 3% chance at one of the two crown sizes. Looking to the future, the upcoming Sunbreak expansion will make crowns for a lot of base game monsters in Master Rank quests more common, with a base crown rate of 6% for small and 10% for large, although the fights will be significantly tougher. Still, if you’re planning on picking up the DLC this spring, you might want to hold off on the grind until the odds get that healthy bump in the new content. 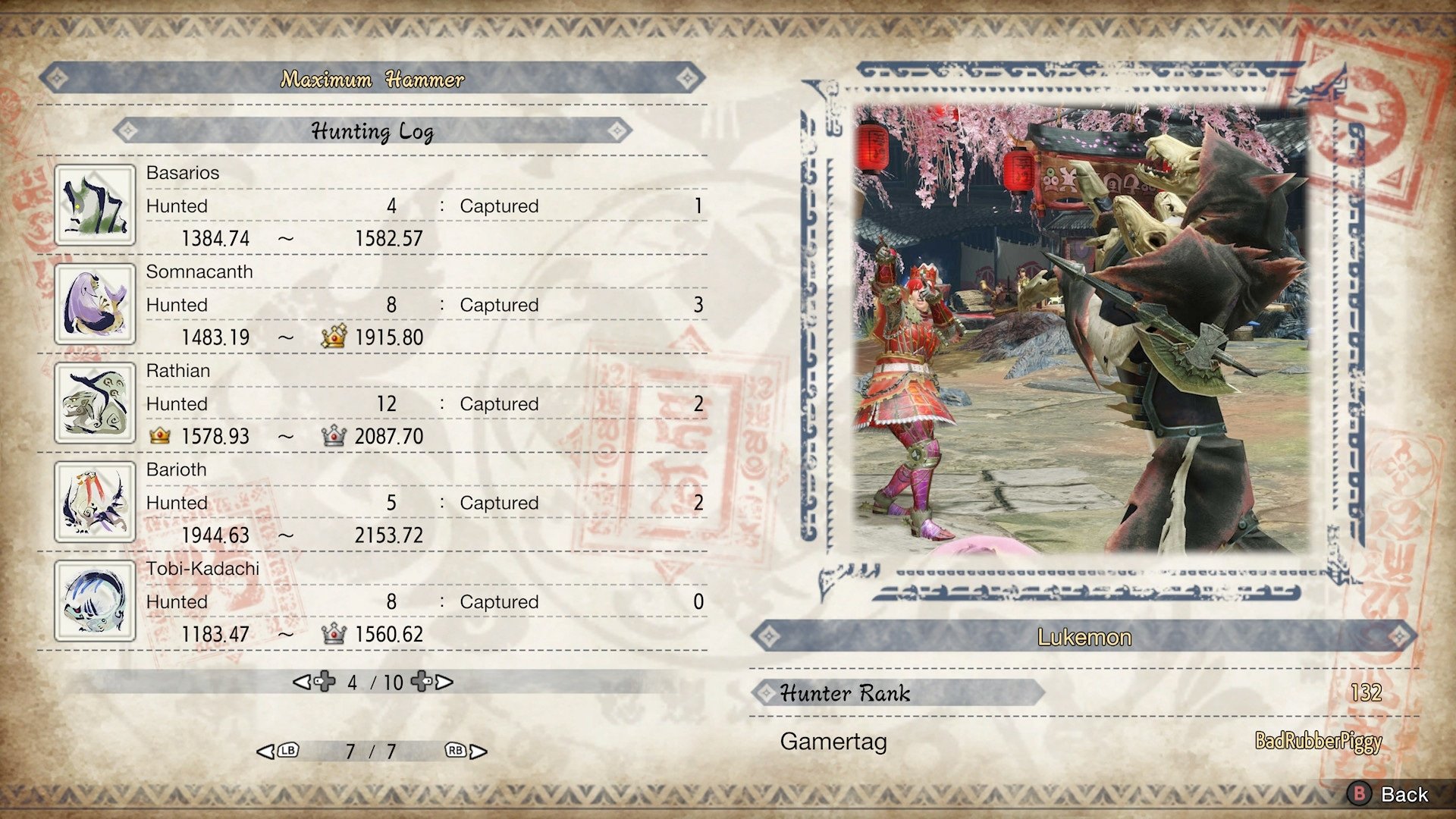 How can you make it easier to get crowns?

There’s some good news for crown hunters… as well as some bad news. We’ll lead with the good, and that is that like Monster Hunter: World, Rise does offer an array of Event quests that can boost crown chances or even guarantee them, and we’ve outlined these below. Rise features 43 monsters in total which don’t have fixed sizes, which means there are 86 crowns to chase in total, and almost a quarter of these can be found through 20 guaranteed crown-sized beasts in specific Event and Advanced quests, with a further seven different crowns given boosted odds by other missions. However, and yes, this is the bad news bit, some of these optional quests are extremely difficult, even in maxed-out endgame gear. Anything labeled ‘Advanced’ is a preview of the next tier up, meaning High Rank Advanced missions are effectively Master Rank difficulty, so everything will hit like a truck as even the best equipment in the base game will leave you vastly underpowered to deal with challenges the likes of which we won’t be able to properly gear up for until the expansion. They’re supposed to be a challenge to test skilled players, and having finally beaten the High Rank Advanced Valstrax after it absolutely battered me on several previous attempts, I can safely say they offer exactly that.

The bad news bit is actually a two-parter… did I forget to mention that? Ah well. Unlike World, the special quests below appear to be the only way to improve your chances at crowns — World offered ‘tour’ missions of each locale which had you hunt all of the local monsters with improved crown odds, as well as better chances in certain kinds of Investigations, but Rise only seems to have the below quests with which to improve the likelihood of getting crowns. This means for anything that doesn’t appear on the table, you’re working with that stock 3% appearance rate for a crown-sized monster in a High Rank quest where it is one of the targets, so bagging all 86 will likely be quite the grind. On the plus side, most of the hardest monsters in the game (including the Apexes and Valstrax) do have a guaranteed large crown, if again locked behind some very gruelling hunts, but you’ll still need to work for the small ones. One silver lining here is that you’ll need to hunt at least ten of each of these as part of another achievement, so fingers crossed you happen upon the little guys in your first ten runs!

With all that said, here are all of the Rise quests that offer either improved encounter rates for larger and smaller monsters, or even give guaranteed crowns. Note that Event quests must be obtained from Senri the Mailman in the Steelworks hub before they can be played.

* Must be unlocked by clearing all other Advanced quests in the Gathering Hub and hunting each Apex monster at least once.
** Quest is to hunt one Rajang, but the area contains two — one of fixed medium size and a crazy strong sleeping one which is a guaranteed large crown.
Data for both tables compiled from Kiranico and MHRice.

As mentioned before, upcoming expansion Sunbreak will offer hunters a better chance at crowns, and not only due to that significant bump to base rates. Sunbreak also brings its own array of quests which dish out guaranteed crowns for base game monsters, so again, if you’re planning on getting the DLC anyway, you can cross these crowns off the list for now and work on the others. An additional 19 crowns will be handed out by expansion’s quests and Events, which means that almost half of the base game crowns will be available from fixed quests. On the flipside, Sunbreak also looks set to add it own new achievements including another pair of crown ones for the new monsters, so bear that in mind. Still, here are the extra free crowns that will be available to Sunbreak players in the near future.

Sunbreak quests with boosted crown chances for base game monsters

And with that, we’re all crowned out. Hope this helps, and good luck in your crown hunting!