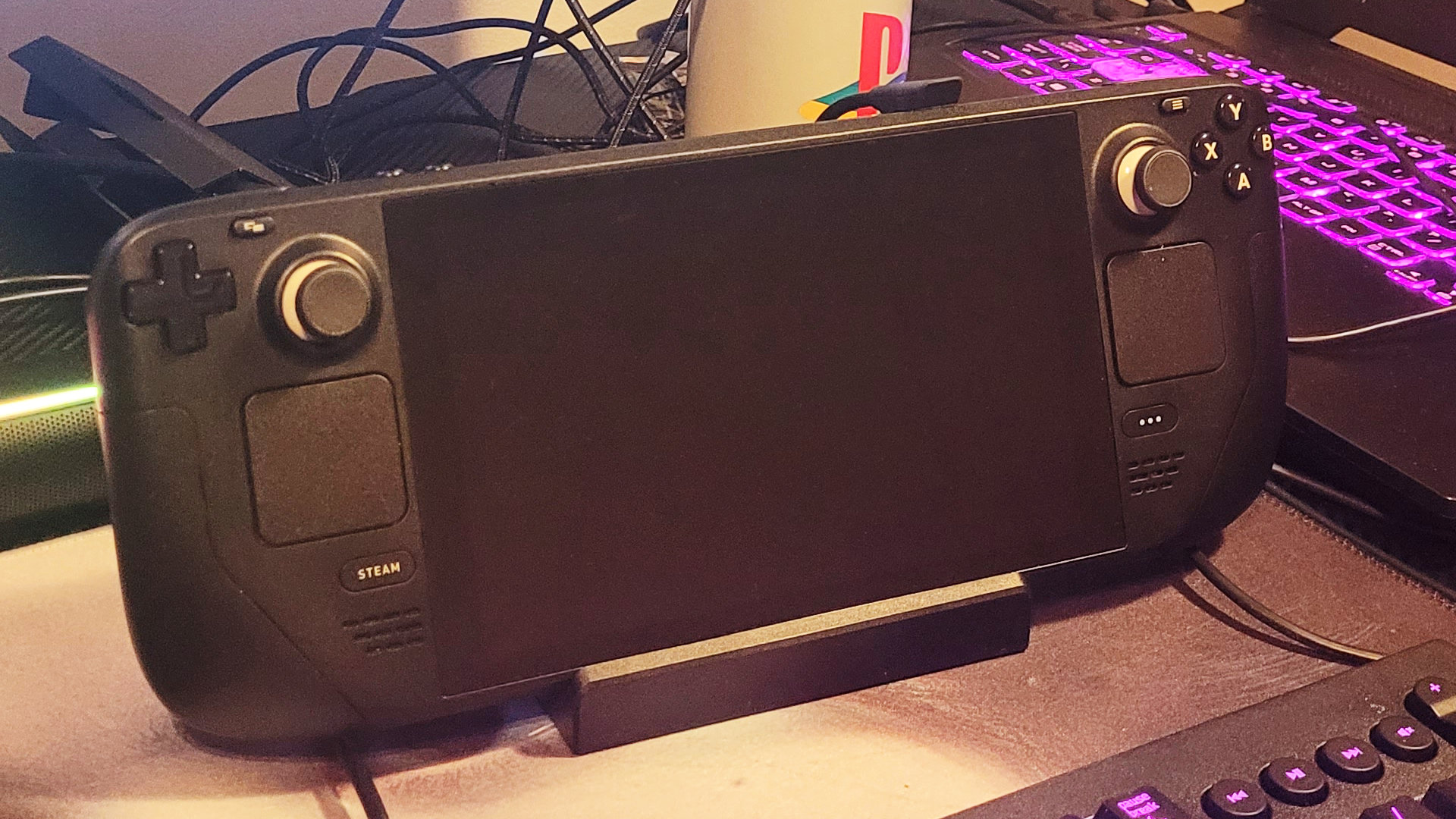 Hardware is becoming unwieldy. There, I said it. Consoles like the PS5 and the Xbox Series X are the size of a small house, needing a building permit to actually put inside your property. Gaming PC cases aren’t much better. And don’t get me started on the chonkiness of graphics cards. This, combined with other factors, had all but destroyed my desire to actually play video games, until I got my hands on a certain portable powerhouse earlier this year: the Steam Deck.

A bit of background for you: at the beginning of 2022, I started losing the will to play anything. New games on current-generation systems seem to either be massive and demand that you sink a huge amount of time into them – time I simply didn’t have – or are live service multiplayer games that… demand you sink a huge amount of time into them to unlock characters, modes, and anything else worthwhile. It resulted in burn-out writing about them, and any time I managed to get into the swing of things, I’d quickly lose concentration. Buying the Steam Deck was my last-ditch effort to reignite my fire that was already dampened, and when it arrived I was mildly worried. If this didn’t work, what would? Luckily though, those questions never needed answering because it’s the best thing that I’ve ever bought.

For those not in the know: the Steam Deck is a handheld gaming PC. It’s slightly bigger than a Nintendo Switch, much more powerful, and capable of playing almost all of your Steam library while on the go. Its battery life depends on the game you’re playing, it’s highly modifiable, and is built upon a custom Linux OS.

When I say it’s highly modifiable, I mean it too. There are plugins you can install to change how many cores your Deck uses, you can change the theme of the home menu, and edit the opening screen. Thanks to the fact that you can always switch to a desktop mode, you can customise it in any way you want. Fancy a new OS? Go ahead! Do you want to change how your games boot and where they load from? Sure! It’s a new level of freedom that’s been missing from console gaming for a long time now, and one that has brought me back into this wonderful hobby.

Interestingly since I received my Steam Deck, I’ve spent more money buying games, which I imagine was part of the initial pitch. Not even the rather powerful gaming laptop I’ve had for a while could do that. The Steam Deck, though, has spurred me to grab 20 new games, some of which I already own on another platform (shout out to Hades) simply because I want the option to play while in bed or while travelling – something I do quite a lot. The Deck presents a wonderful reality to me in which I don’t have to own high-end technology to play massive games, and I can dip in and out of something like The Witcher 3: Wild Hunt at pretty good settings before putting it down to do something else. It’s the fluidity I’ve missed in gaming, and the fact I can do whatever I want has given me back my desire to actually play games.

Of course, the Steam Deck doesn’t even have to always be a handheld system. Thanks to the best Steam Deck dock you can wire it up to your TV and play it in a much higher resolution than your standard 800p, choosing whatever game you want to play from your Steam library and playing it on your TV. It’s the cacophony of options that makes the Steam Deck so brilliant, and one of the best releases of the year.

That’s not to say it’s entirely flawless. There are several issues with the UI and you can’t download games while the Steam Deck is in sleep mode. It’s an absolutely baffling decision that really restricts you unless you’re willing to sit there and make sure your device doesn’t decide to shut off while you’re waiting. These are all issues that could be – and I hope are – fixed in future iterations of the Deck.

Without my Steam Deck, I’m really unsure where I’d be right now. Would I still be working in this industry or doing something else? The Deck has helped my passion return to me, and it’s something I can’t really put a price on. I love my portable gaming PC, and I don’t think that’s going to change any time soon.