IO Interactive’s new Hitman trilogy – which began in 2016 and wrapped up in 2022 – is undergoing a rebrand. It’s been announced that the sandbox stealth game Hitman 3 will get a new name, alongside more streamlined ways for new players to get all the content, and easier ways for existing players to purchase what they don’t have.

Hitman 3 will be upgraded for free to ‘Hitman World of Assassination’ on January 26 2023 as IO Interactive has heard player feedback regarding the confusing nature of the trilogy’s content. A cursory glance at the Steam page and the sheer amount of content and different ways to get it is sure to give anyone a headache, so a change like this is definitely welcome. 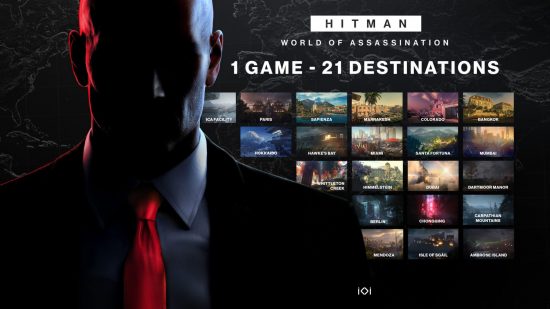 New players can buy Hitman World of Assassination for around $70 USD, which has Hitman 3, 1 GOTY, and 2 standard access pass. You can otherwise pick up the Deluxe Pack for around $30 USD which has the H3 Deluxe pack, H3 Seven Deadly Sins Collection, and H2 Expansion Access Pass. The funny names for the Hitman 1 and 2 passes are basically just the base game for both titles, just in one package.

The aim here is for the purchasing experience for new Hitman players to be simple, but IO Interactive hasn’t then left existing players out to dry either. The Steam store page will still let you complete the set and pay for any of the DLC you don’t own individually, so you aren’t paying full price to get the few things you might now own. The same split will be available in the Hitman World of Assassination in-game store. 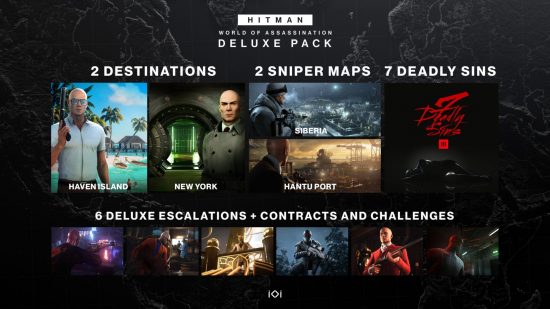 So remember, while you can still play Hitman 1 and 2 in the same way after January 26, you won’t be able to purchase those games individually if you don’t own them, you’ll need to instead go through Hitman World of Assassination. You can find all of this information in the IO Interactive blog post.

This Hitman rebrand is still a little confusing, but I’m more than happy to see the entire three-game experience become easier to access and understand, as there’s an awful lot of game on the trilogy’s bones, and it’s all great.

If this has you itching to jump into Hitman 3 and the folded-in content from the previous two games, why not check out our breakdown of the Hitman 3 system requirements on PC, to make sure your rig is up to the challenge.