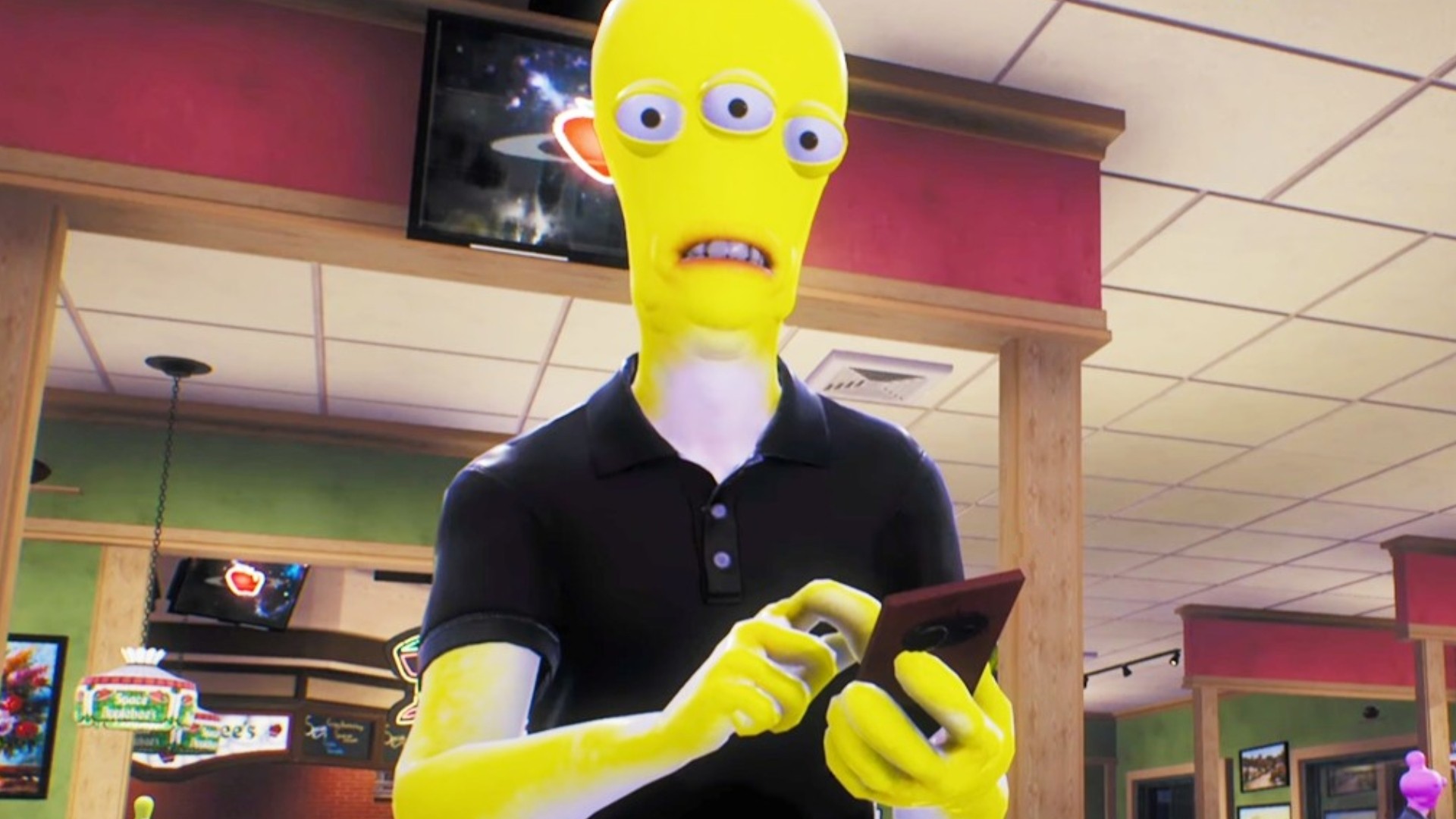 High on Life, the comedy FPS game with heavy shades of Rick and Morty, is experiencing a bug that is trapping Steam players inside the shooter’s version of Applebee’s.

We noted a few technical issues in our own High on Life review, but fortunately never encountered this one. During one mission, you and Kenny, the talking pistol played by Roiland, sit down at a booth in ‘Space Applebee’s’ while Kenny recounts the story of how his own race was destroyed by the nefarious G3 Cartel.

After being interrupted several times by the over-friendly waiter, you eventually leave the restaurant to continue your quest through the slums – unless you’re one of the unlucky Steam players who have found themselves trapped in Space Applebee’s forever.

“The game crashed while I was doing the mission and when I opened it again the door for the Applebee’s won’t open,” comments one player, presumably doomed to spend eternity enjoying generous discounts on selected meal items. “I got this too,” writes another. “Reloading checkpoints doesn’t fix anything.”

Other players are experiencing an even more terrible nightmare, whereby they are able to leave Space Applebee’s, but later find themselves mysteriously teleported back, trapped inside, alone.

“I had just paid the bill in Applebee’s and rescued a human in a cage outside of the store in the slums,” one player states. “I jumped into the portal where the humans go and was jetpacking up the ledges above them, when I was teleported into Applebee’s with all closed doors and no way out.” As if penning the final entry to a diary you’d find in Resident Evil, or a voice note from BioShock, the same player writes “I have reloaded save. Stuck in Applebee’s still.”

“I got the same thing and still can’t get out,” adds another Applebee’s-encased player. “I made it out of the slums but the map glitched and I fell through the map and teleported back to a deserted Applebee’s with locked doors.” Hopefully this bug will be fixed in a future High on Life update. In the meantime, be warned – if you go to Space Applebee’s, you might never leave.

Despite some technical issues, High on Life has surpassed even Minecraft to become the current most popular game on Microsoft’s Game Pass subscription service. Co-creator Justin Roiland says he knew that some people would “hate” the FPS game, but that Game Pass serves as “really good marketing,” offering the potential to convert ambivalent, would-be players into fans.

Make sure you have the top High on Life system requirements if you fancy giving the space shooter a whirl. You might also want to know how to get the High on Life secret ending, or otherwise check out some alternative new games just in time for the holidays.