Xbox Game Pass Ultimate Quests have again been given a slight rework for the amount of Microsoft Rewards Points you can earn each month, resulting in a slightly higher payout.

While having an Xbox Game Pass subscription gives you access to a library of excellent titles, and a monthly influx of new games coming to Game Pass, upgrading to an Ultimate plan also gives you the ability to earn Microsoft Rewards Points via Game Pass Ultimate Quests which can be traded in for a host of giveaways and store gift cards. The recent changes to the system do have the potential to affect players who cherish their completion percentage, though, so they come with a risk. 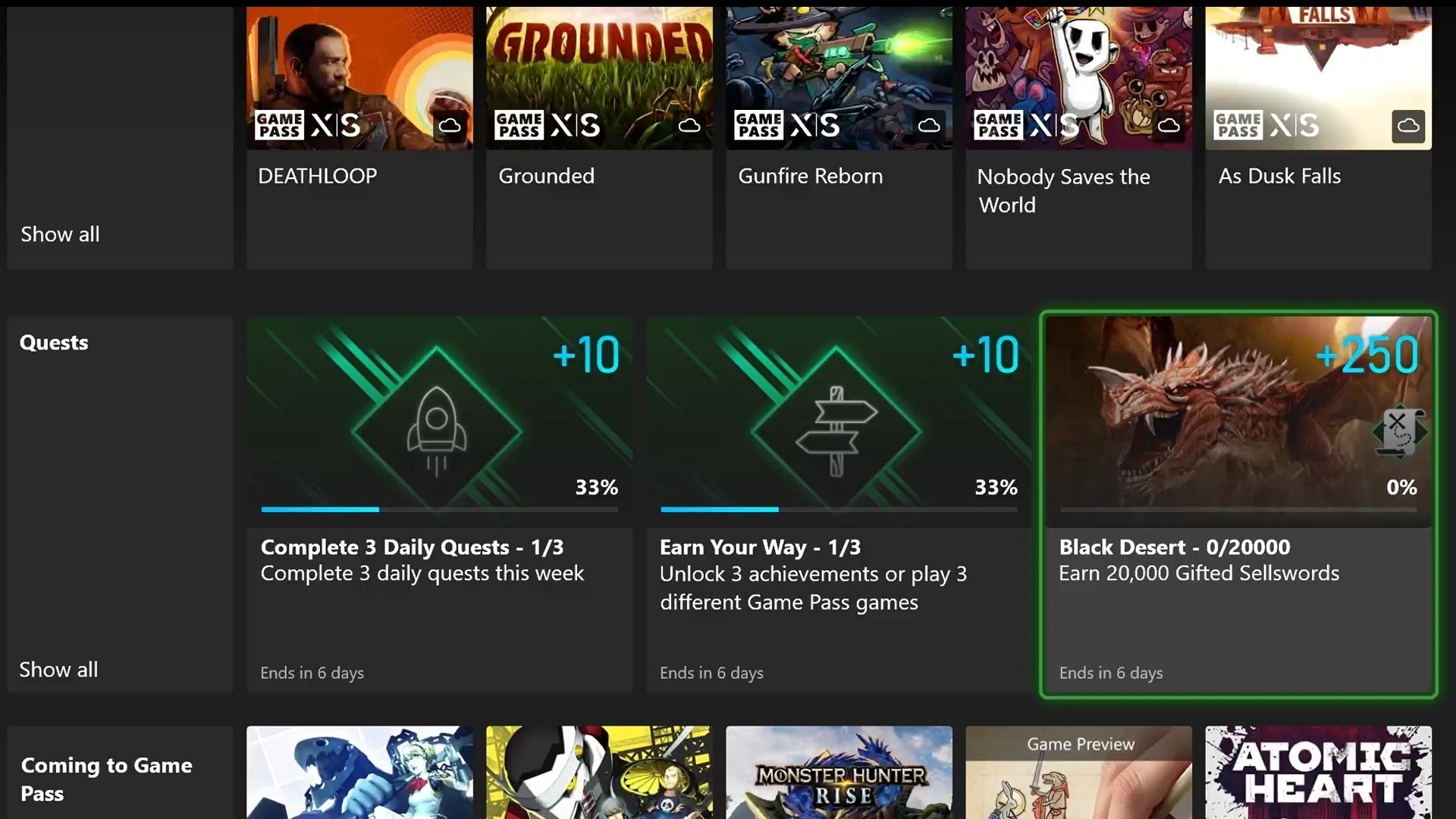 Microsoft has given Xbox Game Pass Quests a slight shakeup for 2023. While the service’s Twitter account makes it sound like the changes are only for January, Xbox’s loyalty marketing lead Daniel Martins has confirmed that these are changes we’ll see each month. “Your Game Pass Quests are a little different this year,” Martins said in a tweet. “One thing you’ll notice is that playing awesome Xbox Game Pass games is now rewarded even more, so keep checking your Weekly Quests!”

Looking at the new Quest system, each week you’ll be able to earn 21 Microsoft Rewards Points for completing the ‘Play Game Pass’ daily quest for starting any game in the service’s library, which will in turn feed into the ‘Complete three Daily Quests’ weekly Quest for ten points. The weekly Quest for earning three achievements or playing three different games is still available and worth a further ten points.

The changes heavily affect the monthly Quests and the weekly game challenges, though, which sees you being able to pick up five Microsoft Rewards Points each week for playing a specific game, but also a whopping 250 points for completing a specific task — this week asks that you earn 20,000 Gifted Sellswords in Black Desert, for instance. There is however a small price to pay for that chonky payout: monthly game challenges have been removed and the 1,000-point ‘Quest Completionist’ challenge has been lowered to 500 Microsoft Reward Points. You’ll still need to complete the same number of tasks to unlock it, though, and that will be available alongside the monthly Quests: ‘Game Pass Explorer’ worth ten points, ‘Quest Beginner’ worth 25 points, and ‘Quest Dedication’ worth 100 points.

The concern with these changes will be the tasks required to earn the weekly 250-point Quest, because if the challenges become too hefty you could run the risk of unlocking achievements, which for those who pride themselves on their completion percentage, could be a deal breaker — unless you want the likes of the Black Desert achievements in your backlog, of course.

What do you think of the new rewards changes? Drop a comment below and let us know!