We now have a FFXIV 6.3 release date and a whole lot more detail on what to expect in the next expansion for the critically acclaimed MMORPG, courtesy of Final Fantasy 14 Producer Live Letter 75. As always, game director Naoki Yoshida is joined by community producer Toshio Murouchi for the mutli-hour livestream that gives us a more detailed look at the likes of the new Alliance Raid, the fifth Ultimate Duty, and the next Deep Dungeon.

The FFXIV patch 6.3 release date is January 10, 2023. The expansion is titled ‘Gods Revel, Lands Tremble’ and we get a good look at it courtesy of a new trailer, before Yoshida and Murouchi give us a deep dive into some of the details that we can look forward to when the FFXIV update arrives. Much of this was initially revealed in FFXIV Live Letter 74, so take a look there if you want a more broad overview of the patch, but we have plenty more specific details for you courtesy of today’s live stream. 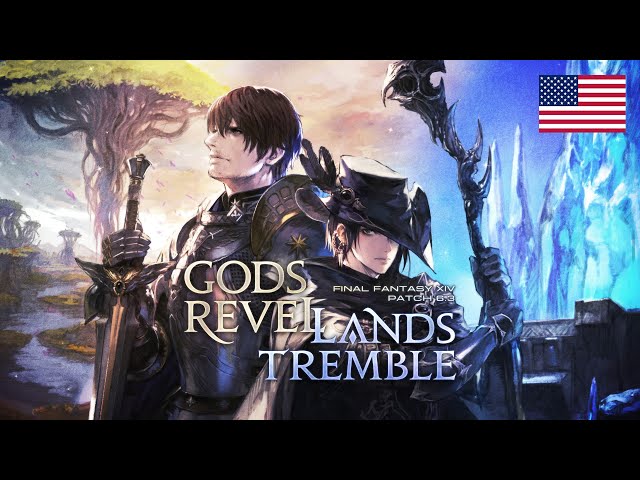 Ultimate Duty 5 is The Omega Protocol (Ultimate). It’ll arrive with patch 6.31 two weeks after the initial release of 6.3, and you’ll need to have completed Abyssos: The Eight Circle (Savage) – otherwise known by the community as P8S – before you can attempt the latest instalment of FFXIV’s hardest challenge mode. “Everything will be Omega,” Yoshida remarks, “You will find out what that means. Everything Omega has seen and experienced will be thrown at you.” He suggests players prepare by practising the Omega Savage fights, but says not to expect higher difficulty than Dragonsong’s Reprise (Ultimate), but rather just some different difficulty based on the direction and design.

The final remaining Heavensward dungeons that didn’t previously have Duty Support will now get the ability to take an NPC squad in with you, generally pulled from story-relevant characters. Yoshi-P notes that this means all the content in the free trial (which, as you might have heard, includes the award-winning Heavensward expansion) is now available with Duty Support, leaving just Stormblood without it. Yoshida jokes, “if the free trial doesn’t get extended,” but the team is quick to clarify that there are currently no plans for this.

One of the biggest additions is likely to be changes to the UI. Damage types will now be displayed in the combat log and floating text, making it easy to see whether you’re up against physical, magic, or unique damage. In addition, buffs and debuffs on the party list will now show their time remaining underneath them, although you can toggle this off in the settings menu if you find it clutters your display up too much. There’s also a new HUD colour setting, giving you a lovely blue option for your menus if you’re bored of the grey or cream looks. Yoshida says the team hopes to introduce more colour schemes to this option in the future. 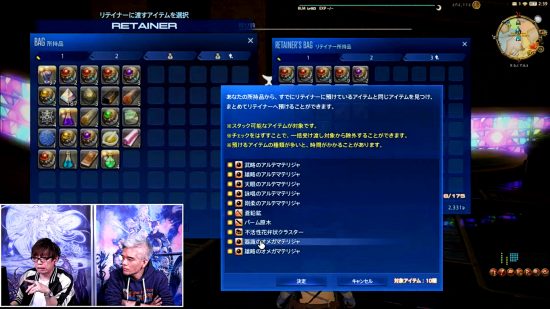 Job adjustments were announced during Live Letter 74, and now we have some more details – though we’ll have to wait for the full patch notes at release to get all the explicit numbers. There will be some general adjustments to usability, but Paladin is getting the most focus with some significant changes affecting the job’s rotation. Yoshida explains that their aims include improving Paladin’s ability to deal burst damage, decreasing its reliance on damage over time skills, and improving the usability of some of its defensive abilities. The major alterations are listed below, though Yoshida notes that this isn’t the full list of changes:

The team shows off the new arena for Crystalline Conflict, which features stage hazards such as flipping ground tiles that will send characters flying high into the air if you stand on them for too long, and patrolling Yojimbo-style dolls that will deal occasional huge bursts of damage in a circle slash around them. There will also be ‘limit break packs’ that you can collect to generate limit break charge.

Next up is the 24-player Alliance Raid, which is titled Euphrosyne. It looks to be a gorgeous outdoor zone set among vast, rolling golden fields, with Yoshida commenting that “by the time everyone has reached the top of the hills we will all be out of breath!” Speaking about testing, he adds, “The third boss was really fun. The feeling of accomplishment during one specific mechanic, especially as a Black Mage [Yoshi-P’s preferred job], was really good.” 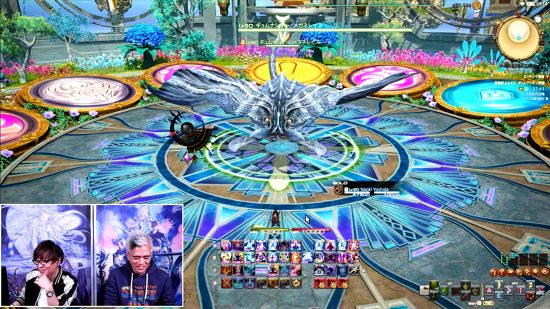 Yoshida also tries his luck in the new Treasure Dungeon, The Shifting Gymnasion Agonon, which looks like an absolute delight. Much like its predecessor the Excitatron 6000, this is a high-octane group activity with spinning wheels determining the encounters you’ll go up against. Unfortunately, Yoshida’s luck appears to be in short supply, although he jokes, “it would be bad if I stole all your luck here, right?” He also shows off the new Leap of Faith course for Gold Saucer fans, hopping somewhat fruitlessly across treetops and floating mushrooms and laughing that he doesn’t want to show off too perfect a score before forlornly leaping off the edge to end the segment.

The new Deep Dungeon, Eureka Orthos, arrives in patch 6.35 and requires players to be level 81 or above to enter, and you’ll have to have previously finished both the Endwalker main quest and reached level 50 in Palace of the Dead. You can pick up the quest from Koh Rabntah in Mor Donah. We get a brief demo of it in action, and it looks much like past Deep Dungeons. You’ll have to carefully pick your path past patrolling predators as you progress up the floors, making use of special poms to get through the toughest encounters and handle deadly traps that lie hidden around the network of rooms.

We get a look at a new hairstyle – a reward from Eureka Orthos – and some new mounts that will be introduced in patch 6.3. The first is a flying pink elephant that Yoshi-P affectionately calls “Pinky” and appears to be laden with various lights and decorations. We also see a single-person propeller plane that seems like it could be rather dangerous to ride – Yoshida jokes about how the Warrior of Light’s face stays stony still as a propeller spins just inches away from their nose. 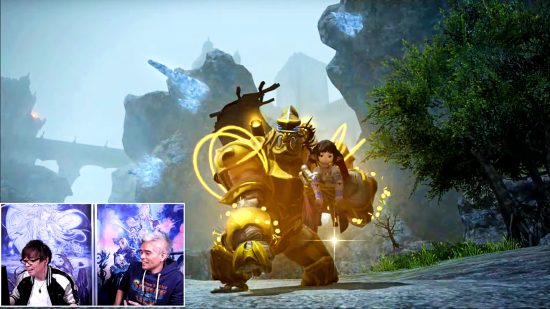 If you’re looking to spend all that Gil you’ve saved up, there are two mounts just for you: a golden sheep and a quite frankly incredible-looking golden space monkey that looks like Overwatch’s Winston reimagined as an entrepreneur with too much money. There’s also a rather spectacular airship that sounds like it might be available for MGP, with Yoshida commenting that there are more mounts coming than the ones shown off today.

Retainers get a very handy new stack system that allows you to quickly transfer all items from your inventory that can stack onto matching items held by your retainer. Yoshida notes that you can untick certain items before making the transfer, allowing you to hold onto anything you wish and quickly deposit all the remaining items. He jokes, “it only took us ten years to add this feature.”

Yoshida continues his love of holding up printed images to show new housing walls in the style of a Japanese onsen lodge. He remarks that of course players will be able to get into an onsen (essentially a hot spring bath). He compares some of the new decorations to that of the Roppongi district in Tokyo, a place renowned for its fancy upper-class locations. 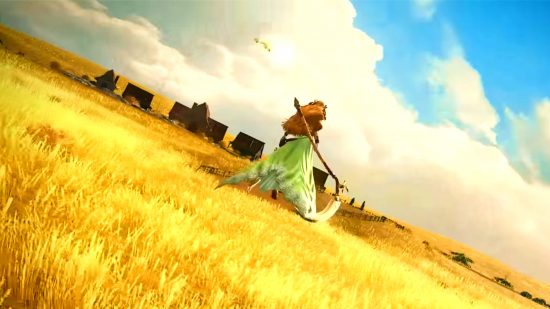 The corgi minion previously hinted at during the 14-hour anniversary celebration stream makes an appearance, alongside others that include a blue plesiosaur-like creature, a tiny steam engine, a Loporrit pal, and a tiny little ghost-like friend based on Automaton Mama from Nier. This particular minion will be part of a Nier: Reincarnation collaboration event.

You can watch the full livestream for yourself below, though note that it’s in Japanese with English language slides. Thanks as always to Miuna and Iluna Minori on the official FFXIV Discord server (link opens a Discord invite in a new window) for their excellent live translations of the stream. 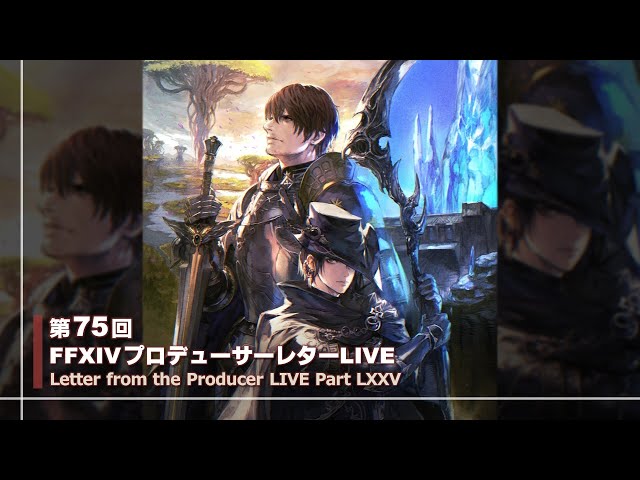 The FFXIV Starlight Celebration 2022 event is currently ongoing, so be sure to jump in soon if you want to get your hands on the new reindeer mount. Meanwhile, FFXIV 6.3 brings back auto-demolition for player housing, so you’ll need to log in periodically to ensure your free company estate is safe.If you’ve ever wished you could visit Eorzea for real, the FFXIV VR mod might be your best chance to do just that.