Skybound Entertainment is celebrating the 20th anniversary of the Guardians of the Globe by bringing Invincible-themed cosmetics to the Blunderdome for a limited time — dress your bean in heroic spandex.

One of the best free Xbox games is now offering you a chance to dress your bean in heroic attire inspired by the Guardians of the Globe. The in-game Fall Guys store on Xbox Series X|S and Xbox One will be stocking Invincible, Omni-Man, and Atom-Eve’s costumes, as well as an Omni-Man Pattern, Nameplates, and Nicknames. 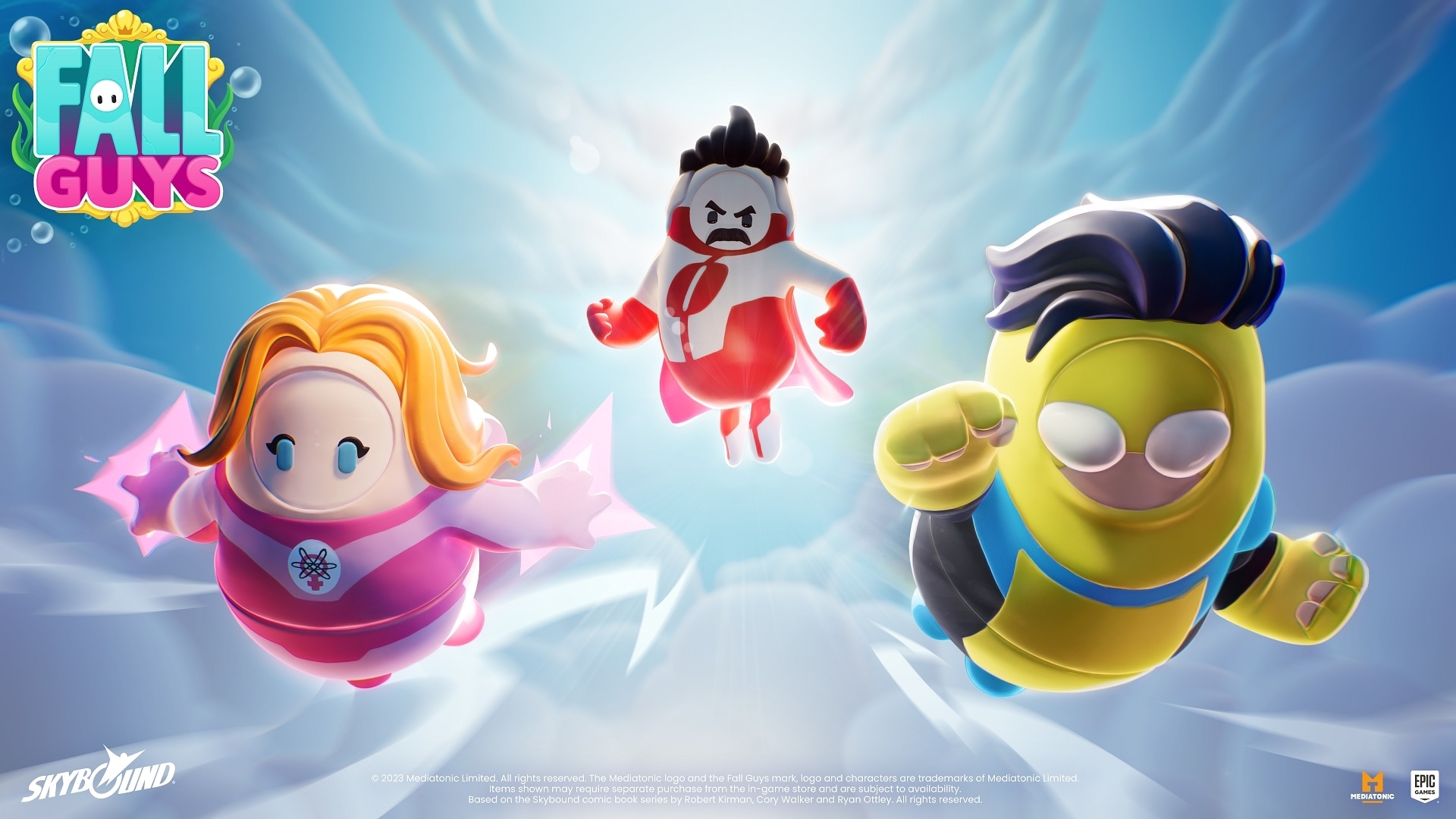 Robert Kirkman and Cory Walker released the first issue of the Invincible comic book series on January 22nd, 2003, heralding what would become a 15-year run and 144 issues. Along the way, multiple spin-off series appeared, including an animated Invincible series that would see the Guardians of the Globe swiftly become one of the most popular shows on Amazon Prime. Now the heroes will have to face their biggest challenge yet: Survive the Blunderdome, as a horde of beans charges towards the finish line with wild abandon — Guardians of the Blunderdome is obviously going to be the most difficult title the team has had to earn… probably.

The Invincible-themed items will be available until January 10th. Will you be getting your bean ready for the fight? Drop a comment below and let us know!