A massive Dark Souls 3 mod called Archthrones has a new video out that includes a hefty 15 minutes’ worth of gameplay. The overhaul mod for FromSoftware’s 2016 RPG game pulls liberally from other titles in From’s catalogue, including Bloodborne, Sekiro, and Elden Ring. The effect is remarkable: while it’s a mod created by fans, it looks for all the world like an official expansion.

Archthrones is centred in the Nexus of Embers, a reworking of Dark Souls 3’s Firelink Shrine. Here, it’s much mossier and overgrown, with sunlight dancing in from up above. The titular archthrones are arranged around the central well, and they each provide a portal to another area in the world. 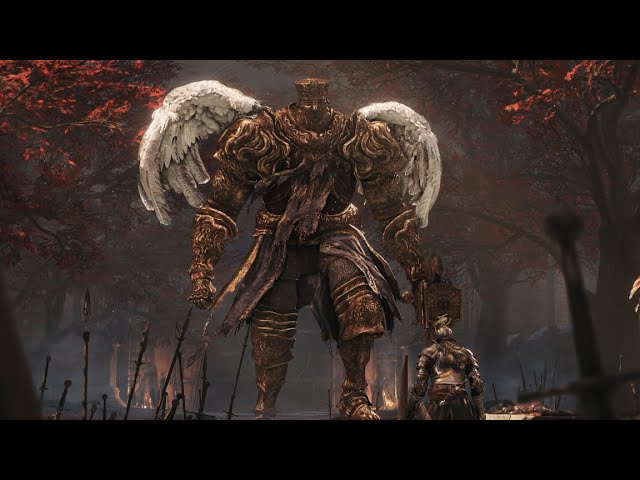 We see several of these zones in the video. The Rainswept Outpost at the start is thematically similar to Dark Souls 3’s High Wall of Lothric, while the Ruins of Blue is a flooded, rainy gothic church complex dominated by a high tower wreathed in thorns and lanterns. The War-Torn Village has visuals more reminiscent of Sekiro, with red blossoms littering the ground – and all the corpses strewn around.

The video also features several boss encounters: there’s the Disgraced Knight, whose second phase adds some high-impact magic attacks to his arsenal, the familiar-looking Demon Vanguard, and the Angelic Wall Guardian, which seems to faint several times during the battle.

There’s no word yet on when Archthrones will be out, but the modding team behind it has said it’ll be completely free when it’s ready. Check out the best Soulslike games for more challenges to take on in the meantime.