What do Cyberpunk 2077 and The Matrix have in common? If you answered “Keanu Reeves” you’d be correct but, according to one modder, the nature of the crowds is something both could improve on as well. This is why they’ve implemented a series of minor tweaks in a Cyberpunk 2077 mod, which should make the residents of Night City feel more realistic.

The Cyberpunk 2077 mod is called “NC Ambient NPCs” and is developed by Magoo828, and while it doesn’t attempt to add new scripts to the NPCs of Night City, it does aim to edit NPC behaviour to make each feel more “believable” as they walk the streets and go about their lives.

The below video shows off the NPC changes in Cyberpunk 2077, scored by one of Morpheus’ famous speeches from The Matrix – because of course it is. 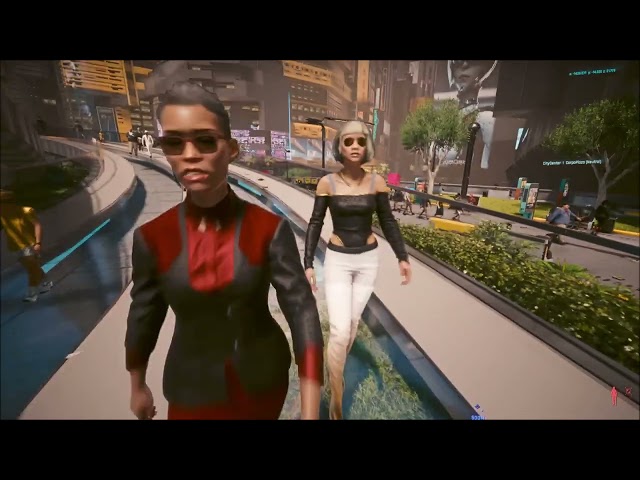 “The crowds in Cyberpunk 2077 have a very one-track mind. Ever noticed?” Magoo828 writes. “The despawn threshold isn’t great, their paths too uniform and monotonous, they cannot detect seemingly obvious objects, and the ‘flow’ of the crowd is more like an endless-mindless stream of NPCs that de-spawn around the corner from you.”

As explained by Magoo828 (I’ll do my best here), the NPCs of Cyberpunk 2077 run a route around the player at all times, with the NPC’s movement and actions determined by a few factors. Magoo828 has changed these factors in an effort to make the crowds feel more alive. It comes down to some file changes that basically helps each person blend together better and just generally feel more realistic. It’s quite difficult to explain, but it’s easy to physically see the difference.

It comes down to the NPC walking routes, pathfinding, and how they react to the player’s presence, so everything should feel slightly less wooden as you explore Night City. You can find the Cyberpunk 2077 mod for NPCs over on Nexus Mods.

If you’re not quite in the mood for Cyberpunk 2077 mods though, why don’t you check out our lists for the best RPG games and best open-world games instead? Both of which should satisfy that similar itch.