The best visual novels envelop players in intriguing and mysterious worlds where every decision can lead to a series of satisfying conclusions. With a focus on incredible storytelling and art direction, visual novels can feature anything from cute coming-of-age narratives to AI ultimatums and horror-filled historical homes.

If you’re trying to find the best visual novels to play, then look no further. There are a few novels here that could earn a spot on our free PC games list, not to mention bonafide classics like Phoenix Wright: Ace Attorney Trilogy. Don’t forget that these games can easily fit on one of the best Steam Deck SD cards if you want to play them on the go.

The best visual novels are: 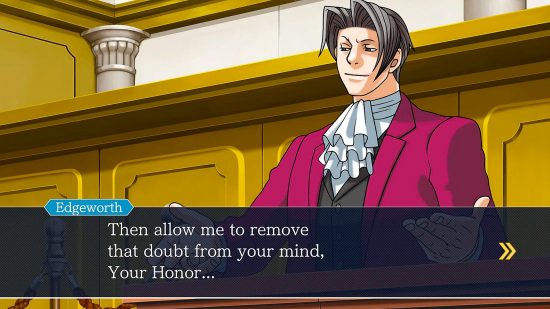 The presumption of innocence has never been more important for rookie attorney Phoenix Wright. In this courtroom cult classic collection, players navigate the intense and dramatic world of legal battles, supporting defendants in the fight for justice, all the while investigating sinister suspected crimes with killer twists.

Cross-examining witnesses and working with the police can make or break your case, so paying attention to all the details is imperative to success. The Ace Attorney Trilogy is also supported by a cast of charming recurring characters, who you’ll come to know and love as you explore this historic, influential series of visual novels. 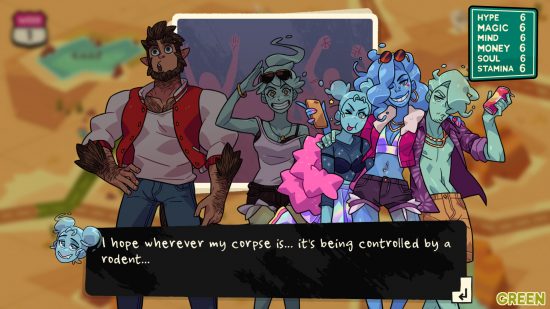 Take prom on tour with this teen tantrum-filled instalment in the popular Monster Prom series. Monster Prom 3: Road Trip is a cooperative visual novel that maintains the dynamic cartoonish art style of its predecessors, swapping swooning in school halls and campsites for the hitchhiking highway Road Trip is filled with mood-setting radio stations and a gallery of cool characters, both old and new.

Players will mainly be managing resources to make it to their ultimate destination but don’t fret, you’ll still be competing for romance on the open road. However, if you mismanage your resources along the way, it’s game over for the whole coast-crossing crew. 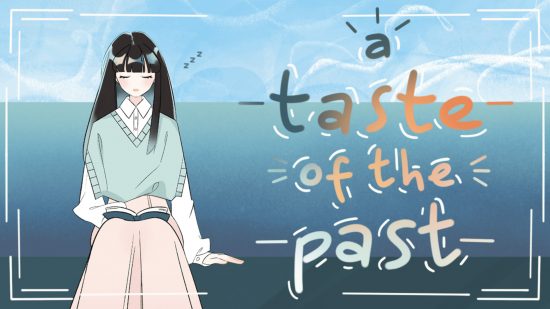 A Taste of the Past

If you’re looking to invest your time in a journey full of warmth and vulnerability, A Taste of the Past might be for you. From the talented minds at Sondering Studio, this thoughtful story lets players step into the shoes of Mei, a Chinese-American high schooler dealing with the aftermath of her mother’s tragic death.

Mei’s food-focused ancestral journey, on a train to the afterlife, is one that balances meditative minigames with honest and meaningful dialogue, allowing players to engage with their own grief alongside the protagonist. Featuring dreamlike melodies and a sunset palette, A Taste from the Past’s soft edges encourage players to get lost in its world. 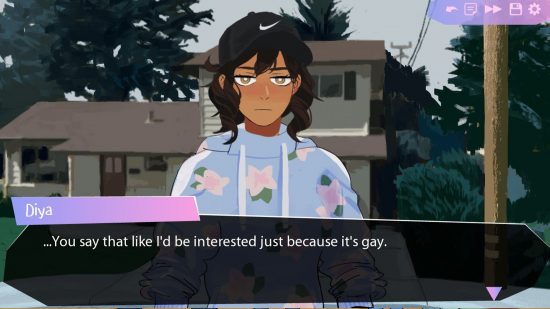 Full of early ’00s references and brought to life by its characters and their distinct personal style, Butterfly Soup allows players to immerse themselves in teenage experiences that feel authentic and meaningful. Once you wrap the game up, players looking for more of its low-key gameplay and witty dialogue will be pleased to hear that a sequel, Butterfly Soup 2, launched in October 2022. 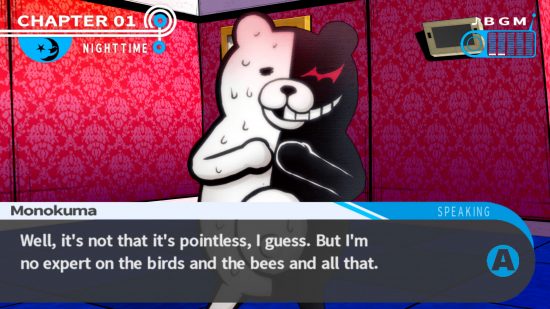 Trigger Happy Havoc tells the story of Makoto Naegi, a student at the prestigious Hope’s Peak Academy who is trapped in its halls by an evil little bear named Monokuma. The bear has forced the classmates against each other, forcing them to play a game where the incentive is to commit a murder and get away with it.

Players make friends and develop relationships in their free time until a murder inevitably occurs and the gameplay shifts towards gumshoe clue-finding. Ultimately, this results in a voting trial where difficult accusations must be supported as to who has committed each terrible crime. With unforgettable characters, including the cuddly-creepy series mascot Monokuma, and an awesome anime art style, Danganronpa is sure to stick in your memory long after you deduce its many mysteries. 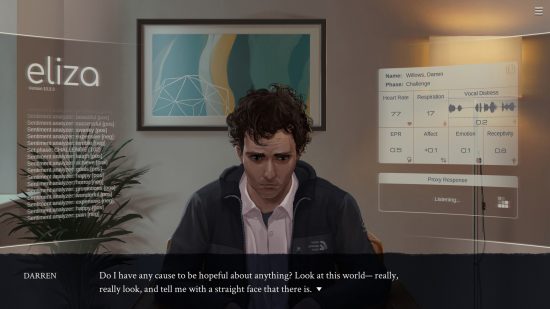 Shifting towards the incumbent technological dystopia, Eliza is an astounding visual novel set in Seattle about a controversial therapy bot powered by artificial intelligence. You play as Evelyn, one of Eliza’s new script-reading assistants, who questions the ethics of such a morally-murky system when faced with real patients in need of honest care.

As Evelyn, players explore a prescient hand-painted world, interact with its range of realistic characters and consider their own thorny past. Buffeted by illuminating contextual text messages and emails, players decide whether to stick to the program or put their own thoughts on the line. Ultimately, it is you who seals the program’s fate, in spite of its curious potential. 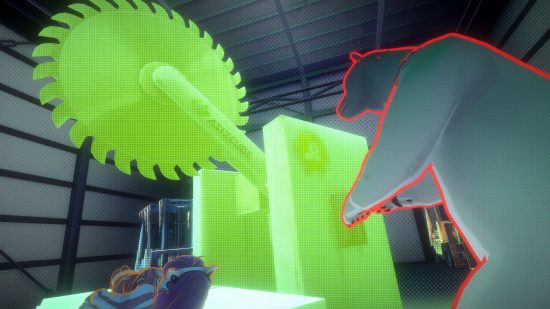 From one piece of futuristic tech to another, let’s talk about AI: The Somnium Files. In this fascinating visual novel from the bright minds behind the Zero Escape series, players take on the role of Special Agent Kaname Date, a detective hunting down a slippery serial killer in a futuristic Tokyo.

A unique world-building mechanic sees Date jumping into the thoughts, dreams, and memories of key suspects and witnesses, solving time-gated puzzles to clear mental obstacles and summon the ultimate truth. Landing in 2019, The Somnium Files is a modern visual novel that stokes the imagination as to where the medium may go next. It’s a great place to start if you want to appreciate the genre’s versatility and aptitude for strong stories. If you fall in love with its mystery, you’ll happy to know a sequel, Nirvana Initiative, landed in 2022. 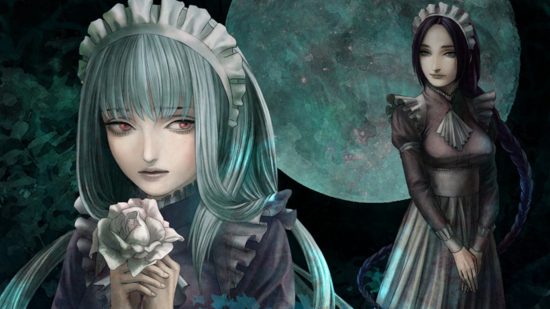 The House in Fata Morgana

The Haunting of Hill House has nothing on the cult classic visual novel The House in Fata Morgana. In this ghostly tale of amnesiac intrigue set in a once-great mansion, players must piece together missing memories by uncovering decades of emotional tragedy. To uncover who they are, players work their way through time periods from 1099 to 1869 and across hauntingly beautiful environments, seeking difficult answers behind every door.

The secrets hidden in Fata Morgana may leave you with more questions than answers. By continuing to explore its hallowed halls and venturing further into the manor’s dark underbelly, the truth, and your identity, is sure to be revealed, its awesome OST complementing each twist and turn.

And there you have it, that’s our list of the best visual novel games. If you’re in the mood for games created by clever developers without huge publishers and massive budgets, check out our list of the best indie games. For those of you who only want to play AAA titles, here’s our best PC games list for hundreds of hours of fun.