No battle royale games are taking place on Olympus tonight, as Respawn tracks down an Apex Legends engine error that’s throwing pop-up messages at players while on the map. Respawn says it has updated the current playlist, pulling Olympus out and swapping in World’s Edge, while developers track down the source of the problem.

The pop-up began appearing recently, and tends to show up around the middle of matches, players have reported. It reads, “Engine Error – UI Images Ran Out of Room.” The game would subsequently crash. 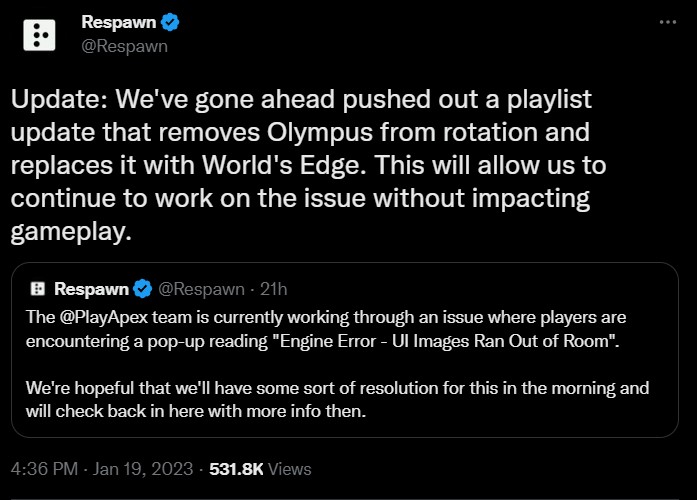 Respawn has moved swiftly to address the issue. After spotting the problem the evening of January 18, the Apex Legends team made the move to pull Olympus from all active playlists less than 24 hours later.

“This will allow us to continue to work on the issue without impacting gameplay,” Respawn said in a follow-up statement.

Olympus will be back, but we’re not sure when. Have a look at our Apex Legends characters guide to see who you want to take out to World’s Edge in the meantime.