8BitDo are well known for high quality controllers, and we’re happy to say that its latest piece of kit doesn’t disappoint – by and large.

The most noticeable new feature here from its usual controllers is the dock it comes bundled with, which allows you to easily charge the in-built battery. Wirelessly too, which makes it even simpler.

Other than this, it’s largely business as usual – and that’s no bad thing. Despite the slightly more modern aesthetic compared to older 8BitDo hardware this still feels a high quality product – boasting a tough hard plastic material that is built to last – but it’s when it’s in your hands where this controller truly shines. Just as it should be.

Although nothing to write home about in terms of looks, playing games with this 8BitDo Ultimate Bluetooth Controller is a dream. The buttons are wonderfully responsive, the triggers provide the perfect amount of tension, and there are two built-in rear buttons on the grips too. 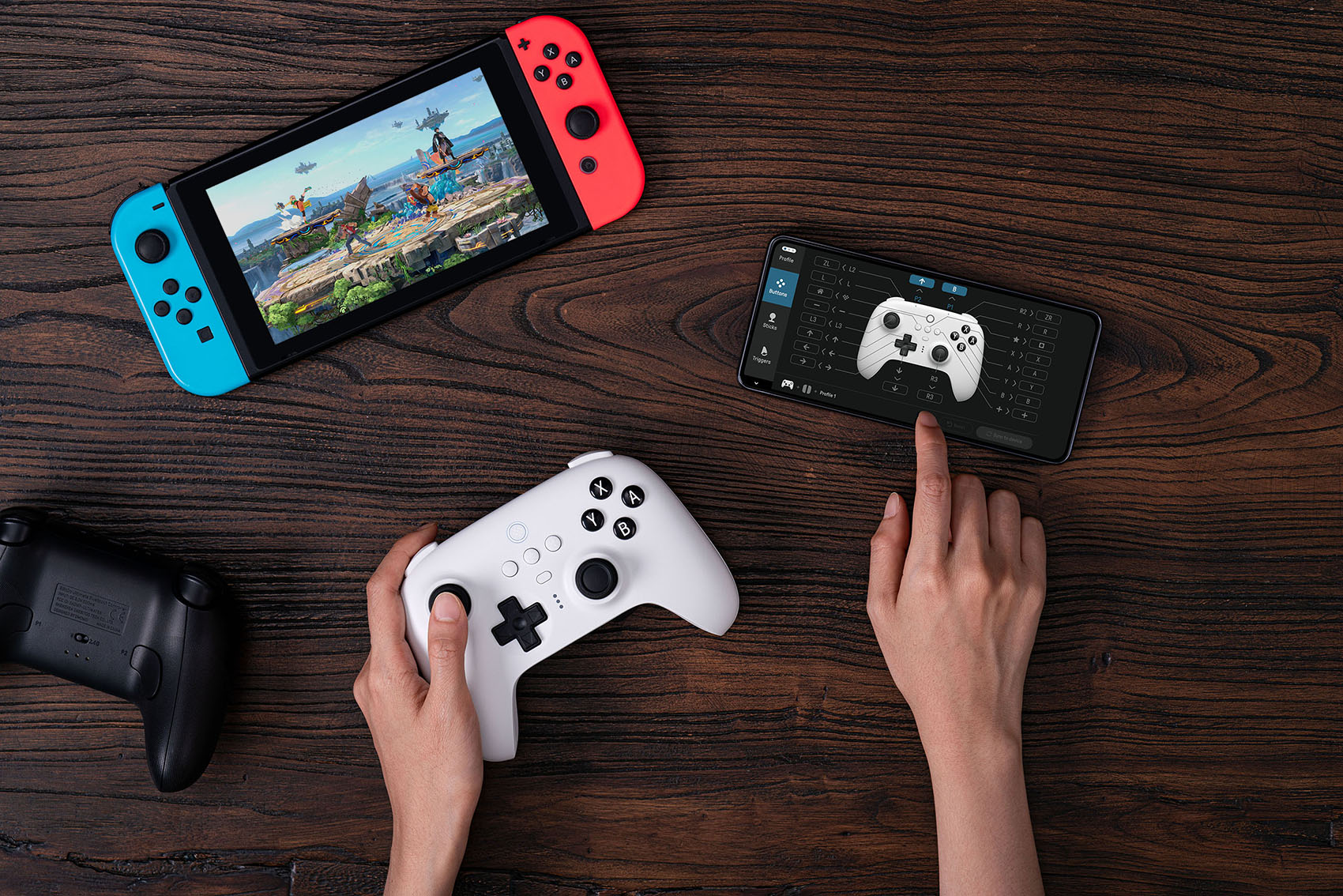 These offer the chance for further input options, which is a small but worthwhile addition. They don’t feel out of place when handling the controller either, which is no mean feat.

These extra features are minor but we are happier to see the fundamentals well taken care of with the impressive battery life – with the controller lasting for just over 20 hours during our time with it.

One issue is that the controller only officially supports PC and Switch play over wired USB-C, 2.4GHz wireless or Bluetooth connections. There are a number of other controllers – including ones made by 8Bitdo – that support a number of other systems and formats, so this is slightly disappointing.

Ultimately if you’re looking for a controller for your Switch or PC then you can’t really go wrong with the 8BitDo Ultimate Bluetooth Controller though – it’s comfortable to use and lasts longer than the majority of its competitors. Just be aware that if you want to play on formats other than those two you may want to look elsewhere.

You can find the 8BitDo Ultimate Bluetooth Controller on the official 8BitDo site here.